The “Flyboard” and “Flyride” Are Jet Ski Attachments That Let You Fly! 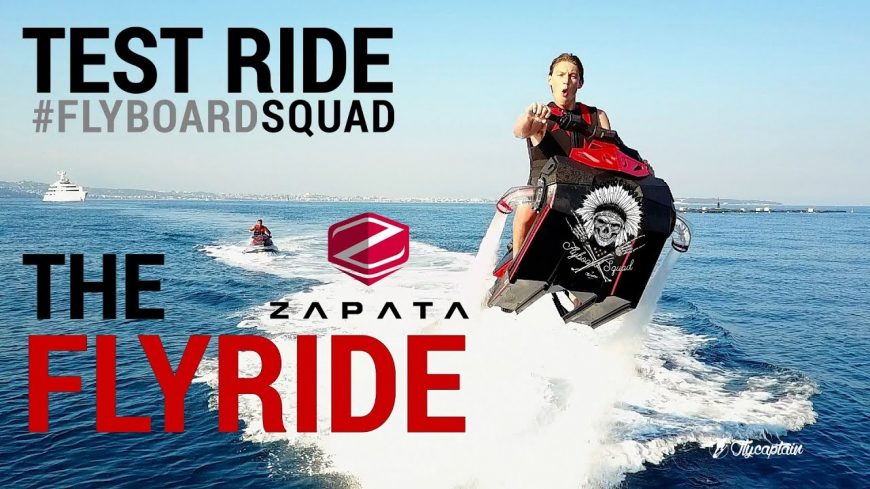 When the summer months start to come around, many of us get this itch to go adventuring. Many of those adventures might just so happen in a body of water. In order to have fun on the water, there are all sorts of different traditional directions to go. This time, though, we dive into a couple of options that might not exactly be traditional but still look like they deliver big time on the fun factor.

With the likes of the flyboard and flyride, users will be able to float through the air. It looks like both of these contraptions attach to a jet ski and use the water propulsion for purposes other than moving forward. Instead, those riding onboard will be able to fly through the sky. It might take a little bit of practice to get this just right. However, pretty much anything worth doing is going to take some practice.

On one hand, it looks like the fly board mimics a Marty McFly style skateboard. Using the water propulsion, a rider might just feel like they’re in a scene from Back to the Future. Meanwhile, the flyride has a similar build to a jet ski. However, in addition to being able to glide through the water, this thing will glide through the sky as well.

If you want to talk about a way to get into the water and have a blast, we think that either one of these options would be something to write home about. The downside is that if you had one of these, your friends would probably never leave you alone as they would want to keep on riding.

By following along with the video below, we get to see how each one of these units works out. After checking them out, can you say that you would want to give either one of these a shot?