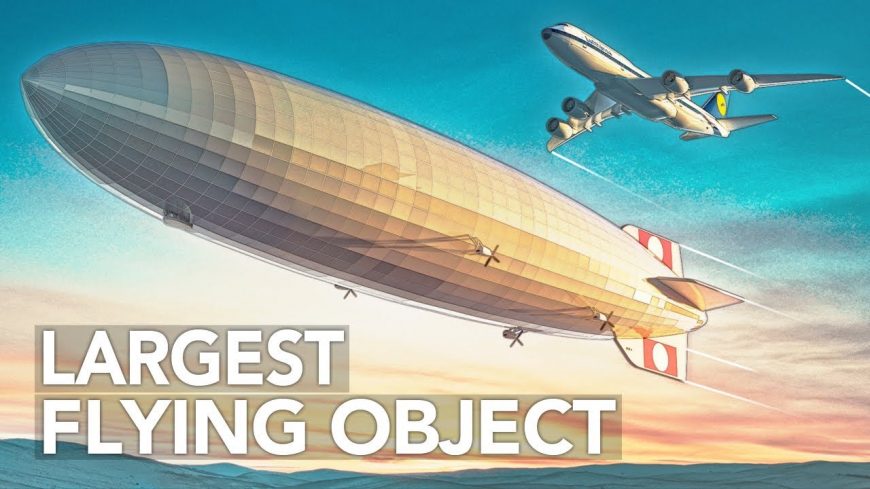 There was a time when airships were actually a viable means of transportation, viewed much in the same way we view cruise ships today. While they only carried a few passengers, comparatively speaking, they were fairly common and widely viewed as a luxury getaway high in the skies above. However, they seem to have gone the way of the dinosaurs, quietly and quickly vanishing from sight, and thus far, never to be seen again.

We’ve all seen the harrowing footage of the Hindenburg going up in flames and tumbling to the ground, and everybody assumes that was what ended the era of the airship. While that was obviously a part of the story, it turns out, it may have been more of a “final nail in the coffin” than the sole cause of the downfall of the Zeppelin.

Airships may have looked really cool and had a certain appeal with their ultra-smooth ride and sweeping views of the landscape below, but they were terribly inefficient and, as evidenced by the Hindenburg footage, dangerous. After all, you had the passengers inside a giant balloon filled with combustible gas. But, as the video below points out, the problem came with the inefficiency in not being able to carry much in the way of payload. While the ride may have been impossibly smooth, everything on board had to be as lightweight as possible. We all know that is not conducive to luxury, and that’s where the problems likely started that would ultimately end the airship. Despite their massive size, an airship could only carry 72 passengers, where as the ocean liners of the era could easily carry as many as 2,000 passengers, plus the cruise ships could use regular materials throughout instead of making everything as lightweight as possible.

All of that added up to a deathblow for the airship, which would forever vanish from the sky and, for the most part, from history other than that one fiery film reel that we all know too well.