As we have seen unfold down in Houston, Hurricane Harvey has really unleashed havoc ...

As we have seen unfold down in Houston, Hurricane Harvey has really unleashed havoc on the whole city, taking down literally anything that you could imagine. The wicked winds and flood waters didn’t discriminate as they took down pretty much everything in their sight from businesses to homes and everything in between. Naturally, as an auto enthusiast platform, we’re here to cover the automotive side of things but we definitely do you recognize the devastation that has happened in pretty much every facet of life for the people of the city that need the community’s help!

In this one one, we take a look at a drive-by video that managed to capture just a portion of the cars that have been delivered, via tow truck to the resting ground that appears to be Royal Purple Raceway, where these cars will remain until insurance companies can finally catch back up to all of the claims that we are sure they have received over the past couple of weeks since the hurricane has hit. As you can tell, literally every make and model of vehicle that the mind could fathom pretty much has been affected and is left to wait and see what it’s fate will be. Something tells us of the vast majority of these vehicles will be sent to auction and the rest of their lives are going to be nothing more than parts cars.

Follow along with the situation down below that will show you just one snippet of the sheer carnage that has been shown by the storm as it has reached far and wide to destroy everything that it possibly could manage to get its hands on. You can’t help but feel for all of these people and exactly what they’re going through down there. Step by step, we’re sure that their efforts will eventually pay off and start to bring the city of Houston back to the powerhouse that once was.

YouTuber Explains How To Avoid Buying Flood Cars After Hurricane Irma and Harvey! 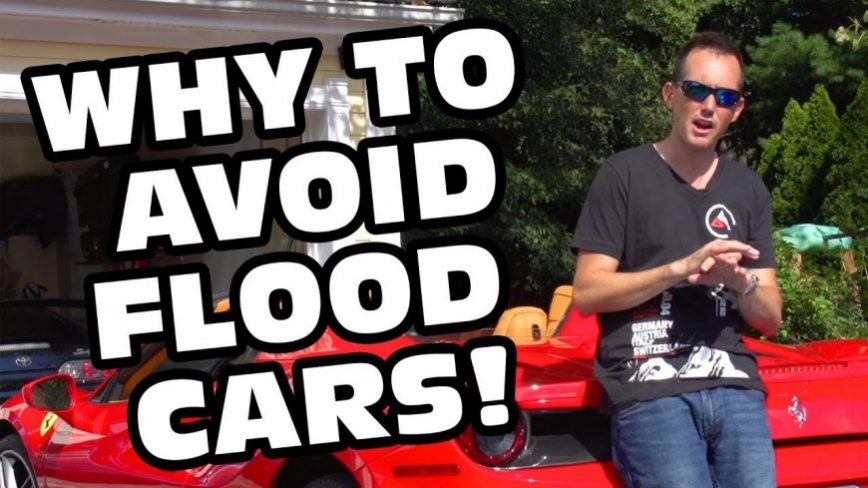