For His Latest Act, WhistlinDiesel Puts Horse and Buggy Wheels on his Hellcat

For His Latest Act, WhistlinDiesel Puts Horse and Buggy Wheels on his Hellcat

Those who have been following along with the chaos brought to us by the WhistlinDiesel YouTube channel would probably relay the message to expect the unexpected when approaching this user’s content. WD has been known to be one to create a little bit of destruction along with throwing in some plot twists here and there. While a lot of the contents seems to be based upon destroying high-end automobiles, there are some creative twists and turns thrown in the mix as well to keep fans entertained.

This time, we run into one of those creative turns, if you will, that really had just about everybody who laid eyes on this project in complete awe. The idea was off-the-wall and one that practically had absolutely no function. It falls into the category of being another one of those concepts that we were never curious about before but can’t seem to look away when we know that somebody is trying it out.

For his latest act, WD would tap into his inner horse and buggy owner. With the help of his recently acquired Dodge Challenger Hellcat, the car would take a trip in a time machine. Instead of the fat and sticky rubber underneath of the car, necessary for traction, horse and buggy wheels would replace the OEM wheels.

Naturally, this is a recipe for a bad time but at the end of the day, it certainly makes for an equation that may yield some YouTube gold. By following along with the video below, we get to catch up with some of the latest shenanigans from one of the most popular automotive YouTube channels these days. If there’s one thing that we definitely can say about WD, it’s that he has that viral formula down pat.

YouTuber, WhistlinDiesel, Survives Accidentally Shooting Himself in the Head With Stray .50 Cal Bullet. 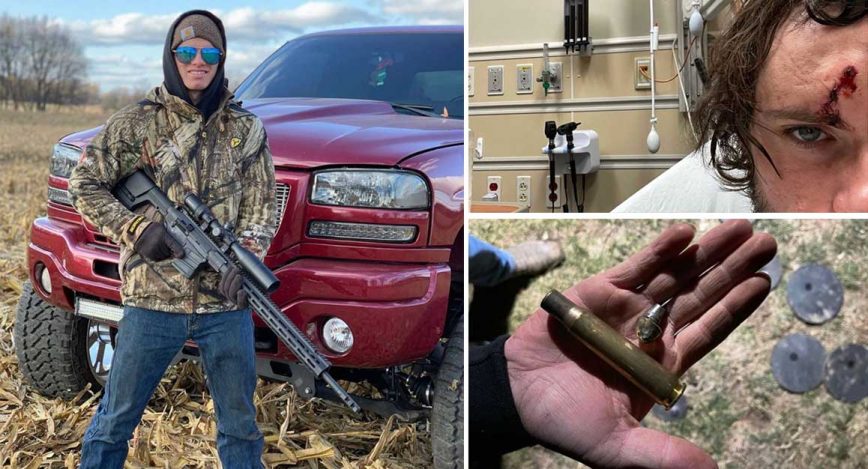