For Just $120, How Good Could this Jeep Engine Really Be? 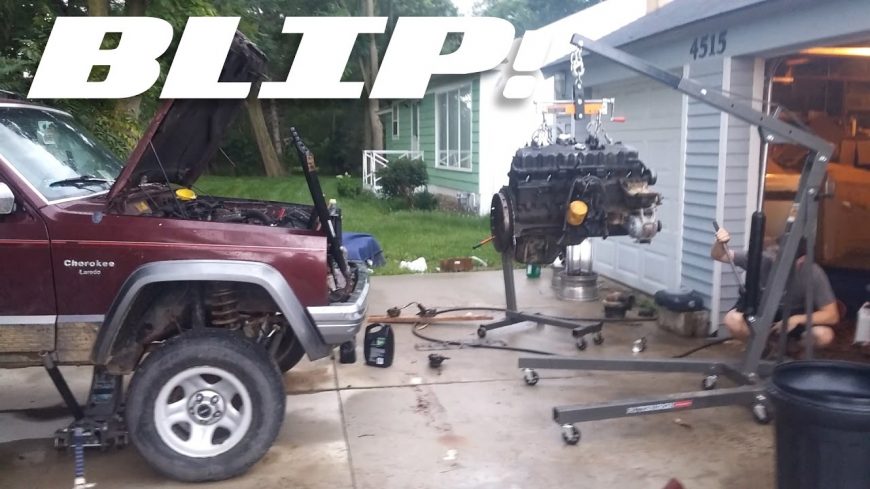 When it comes to how much money is invested under the hood of your ride, we feel like there are really two kinds of people here. The first kind of person will brag to you about how much they have invested, talking all about those high dollar parts that they’ve spent all kinds of money in the hope that their car will compete with the best of the best, allowing it to be the ultimate performance machine. On the flipside, there are people who will brag about how little money they spent, making their vehicle run incredibly well on a budget, spending as small of a slice of the bank account as possible but still having that fire that burns inside when the budget build can keep up with some of the big dogs.

I guess that, when it really comes down to it, saving money on your vehicle can really be a thrilling experience, especially when you get a bargain on a part that’s kind of a toss up but ends up working out to your advantage. You see this repeated over and over again as budget builds stretch dollars to the max, taking stock engines from various vehicles and throwing power at them until they can’t hold it anymore but in the meantime, making pretty good power. This time, we check out just that budget situation as applied to a Jeep Cherokee.

If you follow along down in the video below, you’ll get a complete rundown of how an engine that was literally a lawn ornament, sitting in a field and rotting into the ground, was picked up for a $120 bargain and thrown into a Cherokee where it would then be cleaned up a little bit and made to run once again. How long this thing will stay together is really a mystery but it’s pretty neat to see something that was literally trash that has been revived and made useful once again.