For Some Reason, This Strange Motorcycle Is Making People Furious

For Some Reason, This Strange Motorcycle Is Making People Furious

For most people who make their way down the roadways that you’ll find across ...

For most people who make their way down the roadways that you’ll find across the world, they see the vehicles that travel on them as nothing more than a vessel to carry you from where you are to wherever it is that you want to be. Why else do you think that the most popular cars on the roads these days are those which enthusiasts would probably begin to melt if they had to drive for too long, but are also good on gas? It’s because for those people who buy them, the fact that the vehicles can reliably and economically get them to work, school, or social events with great efficiency.

However, over here in our corner of the world, a corner where we eat, breathe, and sleep cars, trucks, and bikes, that simply won’t do. Instead of just a means of transportation, our vehicles can be an extension of who we are. It’s a corner where you’re very likely to find folks who have broken out their creativity and applied it to their ride in order to express exactly who it is that they are. It might just be one of the most beautiful parts of automotive culture as folks take to these wheeled canvases to show off what it is that they’re feeling with every fiber of their being.

If you follow along below, we don’t have much information to go off of here, but you’ll be able to see what looks like some sort of artist’s rendition of exactly what their ideal motorcycle looks like as this incredibly unique bike, possibly powered by electricity rolls down the street.

We’re certainly ones who appreciate the “different strokes for different folks” mentality, but it looks like this is one example that has set off a rage amongst those who choose to comment, for what reason, we’re not sure. For us, we’ll just sit back and say that we can enjoy the craftsmanship here.

Motorcycle With Twin Prochargers And A 300 Shot Of Nitrous! 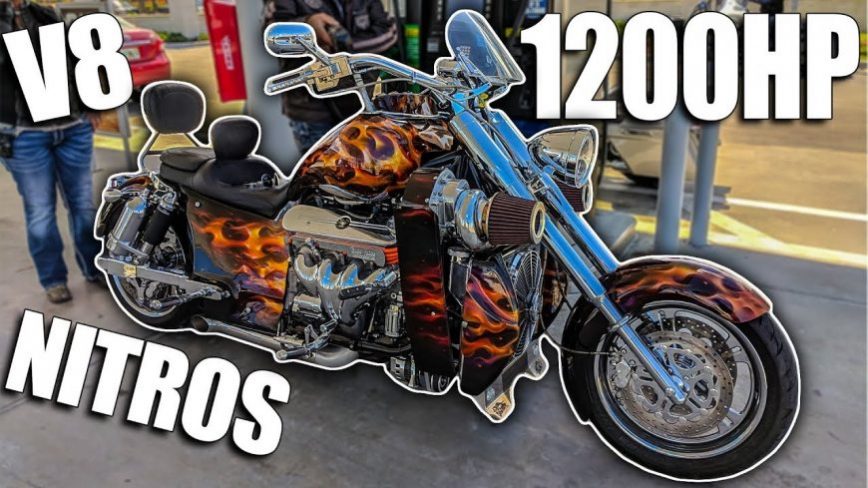