If you thought that electric cars would forever be silent, listen to the screaming of ...

If you thought that electric cars would forever be silent, listen to the screaming of 1400 electric horsepower offered up by the latest iteration of Ford Mustang Mach-E.

Electric cars have come into the fold as something that many haven’t been sure where to place. Sure, they’re efficient and definitely offer up some cool technology but do they have any life? As driving enthusiasts, could we possibly have a horse in this race or will these cars forever be designed to save us on gas at the cost of everything that’s fun to drive?

If Ford has anything to say about it, we would guess that excitement does have a place in the landscape of EVs after all. Previously, we would watch as an all-electric Cobra Jet would come to life. The car cranked out 1400 hp and managed to haul in an 8-second quarter-mile pass.

This time, we find a familiar 1400 hp that has been stuffed into one of Ford’s latest offerings in the Mustang Mach-E.

In Ford’s own words, “Anything you can do, we can do electric. Introducing the all-electric Mustang Mach-E 1400: a one-of-a-kind all-electric prototype developed in collaboration with RTR Vehicles, targeting 1,400 peak horsepower and more than 2,300 lb. of downforce.”

Below, we watch as the screaming prototype comes to life. In order to really show this thing off, it looks like Ford arranged to do a little bit of spirited driving. In order to do this, they really hit the A-list of drivers, bringing out the likes of Ken Block, Chelsea DeNofa, Hailie Deegan, and Joey Logano to help with the debut. Last but not least, behind the wheel of the debut itself, we find Vaughn Gittin Jr who definitely knows how to sling a performance car around.

There are more than a couple of surprises in store in this one. Be sure to turn up the volume because we’re in for a bit of a treat!

2021 Silverado Package to Offer More Horsepower Than a Shelby GT500 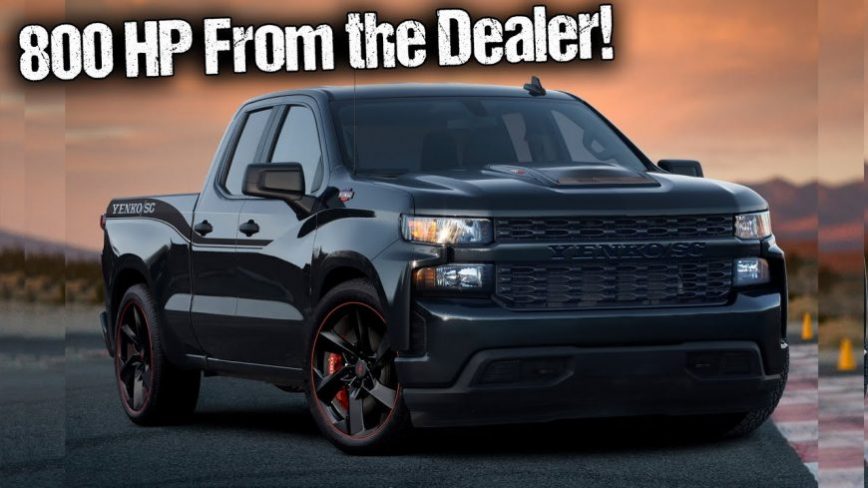