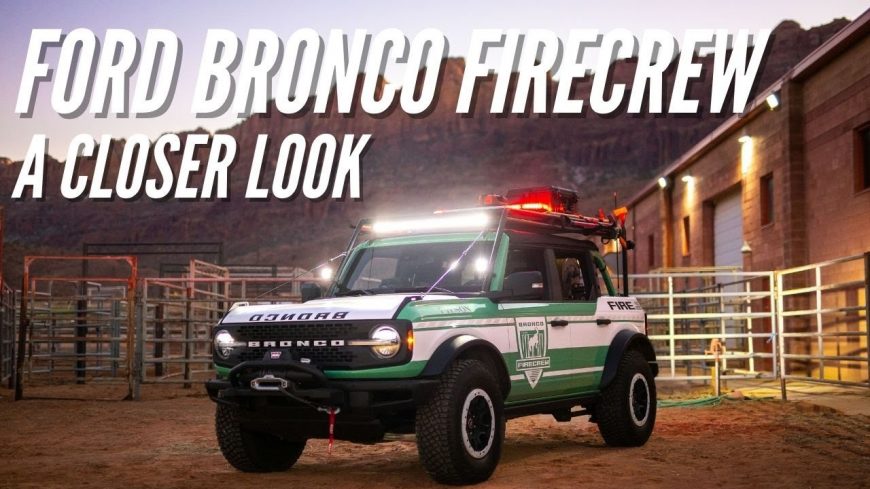 When it comes to trucks, they were originally designed with one idea in mind. While these days, many trucks have been wrapped in a leather glove and decked out with all sorts of technology, the concept at their core is functionality. At the end of the day, there are very few people who would be happy with a truck or SUV if they bought it and it wasn’t functional. Otherwise, there isn’t very much reason to purchase such a large vehicle designed in the way that these machines are.

With that, we come to the likes of the Ford Bronco. The Bronco, naturally, promises to be an off-road machine. However, fans and buyers alike are going to have much higher expectations of the 4X4 when it finally starts making its way into the hands of consumers. However, some of these consumers are going to be a lot more demanding than others. Don’t get us wrong, there’s nothing wrong with rolling your Ford Bronco down to the grocery store to pick up a couple of bags of apples. On the other hand, though, there are going to be some people who really put these things to the task, not only going off-road for recreation but also going off-road for work.

This time, we check in with an effort that Ford got together with Filson Firecrew on in order to create a Bronco that is inspired by designs that are used to help fight wildfires. As a massive issue in this country, 1.1 million acres have been destroyed by high-intensity wildfires. This collaboration celebrates the wildland firefighters who are on the front line, putting themselves at risk to make sure that these fires are kept at bay.

Below, we get to check out the Bronco in perhaps its most utilitarian form imaginable. Not only is this vehicle an inspiration to vehicles that may come down the road for fire fighting. However, the effort has been designed to raise funds for those who are on the front lines, fighting these issues every day. Be sure to check out the video below from The Bronco Nation to see this monster of a machine and learn a little bit more about how it’s helping out those who help us all.