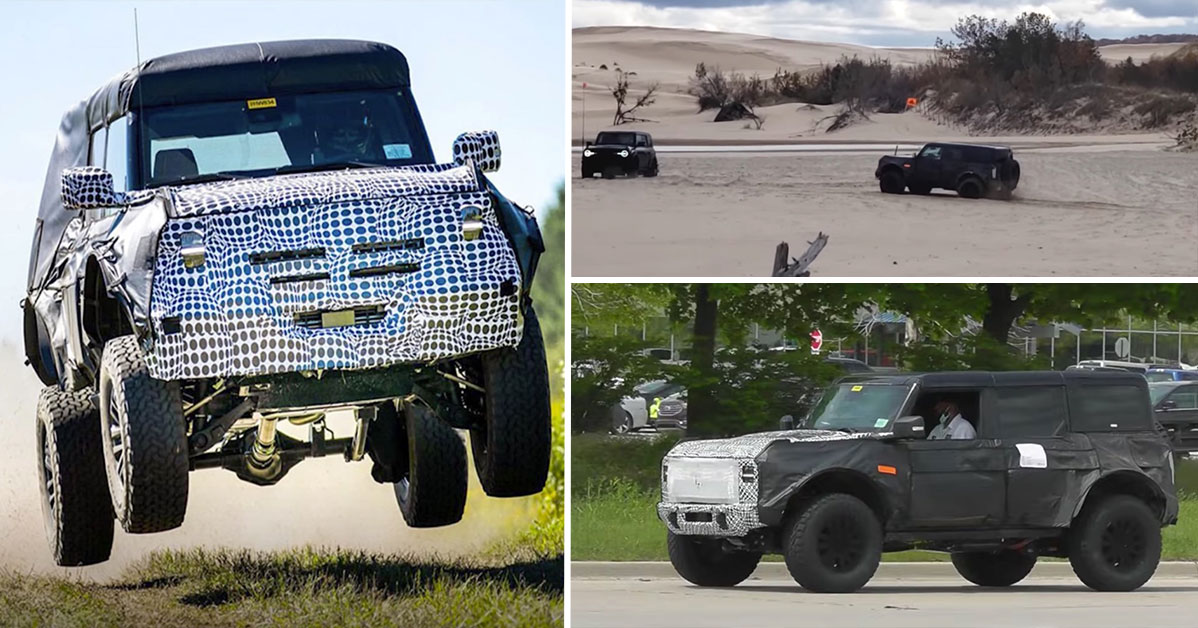 It has been the talk around the water cooler for a little while now. On Tuesday, though, the rumor became fact as the confirmation of a Ford Bronco with Raptor trim had been announced by Ford.

The information was delivered by Ford at a press conference during the Detroit Motor Bella event. While the brand did it reveal that it will have a Raptor version of the Bronco, they spared us of the details. However, that hasn’t stopped speculation from running rampant when considering all of the spy footage that outlets have gathered on what appears to be the Bronco Raptor along with what history tells us is going to happen in the future.

As we know, with the F-150, the Raptor trim level is basically a beefed-up off-road package of the truck. Complete with things like an off-road-oriented suspension and bigger tires along with some visuals, the Raptor provides a sportier and more capable package than its F-150 compadres.

As far as the Bronco goes, Ford has relayed in the past that they didn’t have intentions to make an eight-cylinder powered Bronco. Whether or not that will hold true as we move to the future is yet to be seen. It is notable that the industry, as a whole, has been moving toward fewer cylinders and forced induction. This is readily apparent with Ford as several of their top billing models like the F-150 Raptor itself and the Ford GT have both gone from a growling V8 to a twin-turbo V6.

However, it is also noteworthy that Ford is planning a “Raptor R” package for its trucks that will provide a speculated 700 hp supercharged V8 to play with. This is presumably to compete with the 702 hp Ram TRX. In other words, we wouldn’t count out a V8 Bronco entirely just yet.

The video below released by Ford’s CEO gives us a little bit of a taste of what the badging might look like. Beyond that, though, it seems like Ford is trying to keep most of what they’re up to with the Bronco Raptor under wraps.

« Dude Has 50 Cal Explode in His Face