For us performance fanatics, it’s a really an interesting time to be alive. Not ...

For us performance fanatics, it’s a really an interesting time to be alive. Not only are our cars as fast as they have ever been both off of the assembly line and after getting into the hands of people who like to modify them, but we’re also getting performance from all sorts of different sources. Not only are we still seeing the likes of v8 engines getting better when being complemented by different power adders like superchargers and nitrous, but we’re also seeing smaller displacement engines really making a fight for market space and even electric motors coming onto the scene, proving that they have somewhere in the performance landscape to hold it down.

This time, however, we take a look at yet another different vehicle in the Ford Edge. Up until now, the Edge was simply an SUV that you could get in a variety of different trim levels from a sort of basic family hauler all the way up to something with a couple of bells and whistles that would definitely prove to be a slick ride. It might have been nice, but really nothing out of the ordinary to write home about as it found its way into the market nicely. However, Ford has recently decided to step it up a little bit, providing a performance trim level to this segment of the small SUV/crossover market. The performance trucks and SUVs have come and gone across the board, throughout history, and have kind of had troubles hanging around but that isn’t stopping Ford from taking a crack at the segment anyway.

In one of the company’s recent announcements, in 2019, we will see the Ford Edge ST, an SUV like you have come to know, except under the hood, it provide something unlike what you have seen out of it before. Power will be coming from a 2.7L EcoBoost with a pair of turbos hanging off of it, allowing the SUV to crank out power to the tune of 335 hp and 380 lb-ft torque. When you throw all that together in one nice little package with an all-wheel-drive system, this might not be the fastest vehicle in the streets but it certainly sounds like something that will be a ton of fun to drive especially when you consider that Ford is throwing a set of paddle shifters into the mix and what they’re calling a “sport-tuned suspension.”

After getting a little bit of a tease of the vehicle that should be coming out before you know it, down in the video below, tell us what your early predictions are for the EcoBoost powered machine. 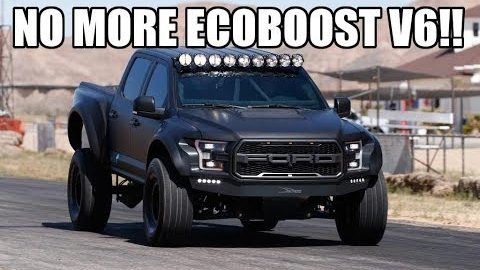