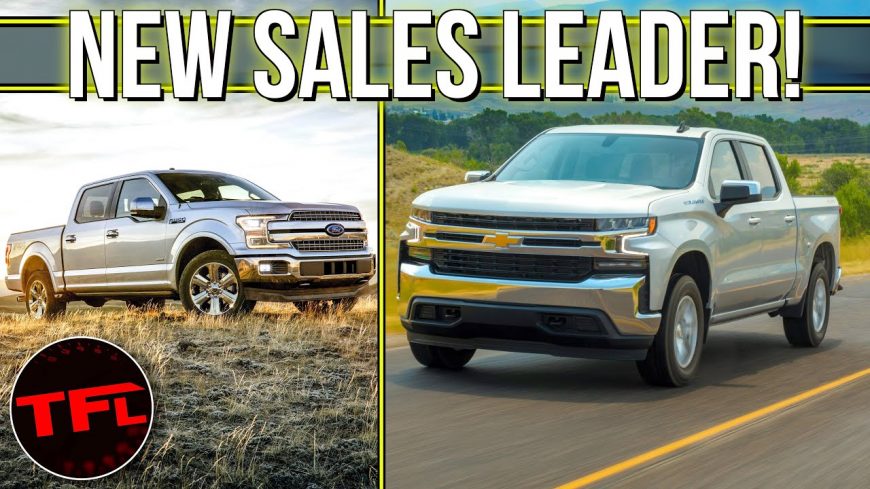 If you didn’t know by now, the Ford F-150 is basically always America’s best selling truck.

Apparently, telling people about this is a pretty valuable marketing tool. We can’t tell you how many times we’ve heard that phrase uttered over and over again. We can’t say that we blame Ford, either. Climbing to the mountain top isn’t exactly an easy task. Not only that but they’ve managed to stay there for almost as long as we can remember.

It’s pretty crazy that the F-150 has been America’s best-selling vehicle for 43 years. Think about what a Ford F-150 was like 43 years ago and what it has evolved into today. Both of those trucks along with all 41 years in between have been at the pole position.

Early indications point to the idea that this phenomenon could fall in 2020, though. I suppose that the state of affairs all depends on how you want to break down the information.

As reported by The Fast Lane Truck, Ford has finally been dethroned by General Motors as the best selling truck for the first time in years. This comes on the heels of a 27.2% growth in sales for GM in the first quarter of 2020 as compared to their sales in Q1 2019. Meanwhile, Ford’s F-Series has dropped 13.1% over the same metric. The only factor that might disqualify General Motors from this race is the fact that it’s considering both the Chevrolet Silverado and the GMC Sierra.

Basically, what this tells us is that General Motors fans will support the lead and Ford fans will denounce it. It’s truly a tough call for those who want to remain objective.

The numbers say that GM has managed to sell 196,707 units (143,698 Chevrolet and 53,009 GMC) in Q1 2020 while Ford sits at 186,562 units in the quarter. Model by model, Ford technically still is in the lead. However, when we consider the fact that the Chevrolet Silverado and GMC Sierra are basically the same truck, it’s definitely a debate worth having.

At the end of the day, GM is essentially cannibalizing its own sales. If they were to get rid of the smaller brand, perhaps Chevrolet would be able to take the crown. If they’re selling so many GMC trucks, though, it certainly wouldn’t be worth it just to gain the “most popular” title on a technicality.