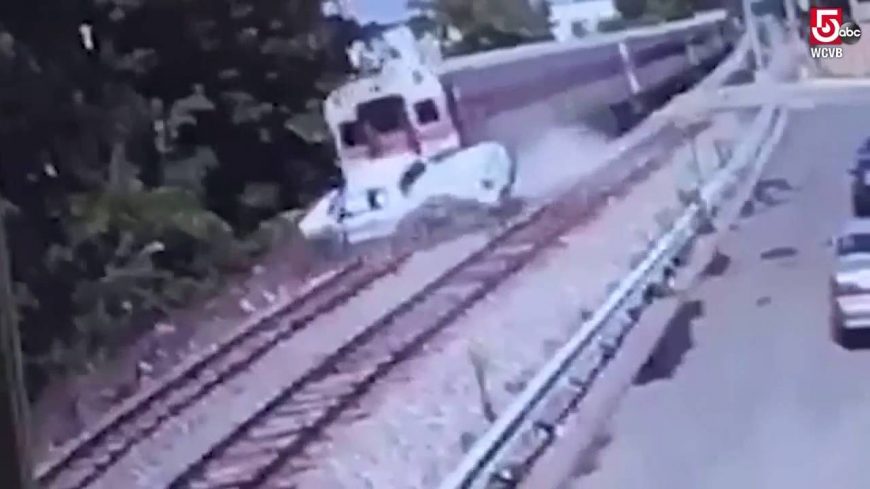 If you could think of a worst case crash scenario to be in, we wouldn’t be surprised if it looked a little something like this. After viewing this footage, you have to be thinking to yourself that there is no way that the guy in the truck was walking away from this one with their life.

We watch the eerie footage as the train meets the Ford F-150 in a T-bone collision with the driver still inside, calling for an absolute worst-case scenario.

It’s tough to watch as the truck gets pushed along the tracks sideways after it is completely clobbered by the train that simply didn’t have enough time to stop, creating a cringeworthy situation.

Check out the video below that shows the entire thing unfolding in front of our eyes and tell us what you think of this incident that the driver of the truck managed to survive. This guy should head out and play the lottery.

« TROG aka The Race of Gentlemen – Wildwood Recap