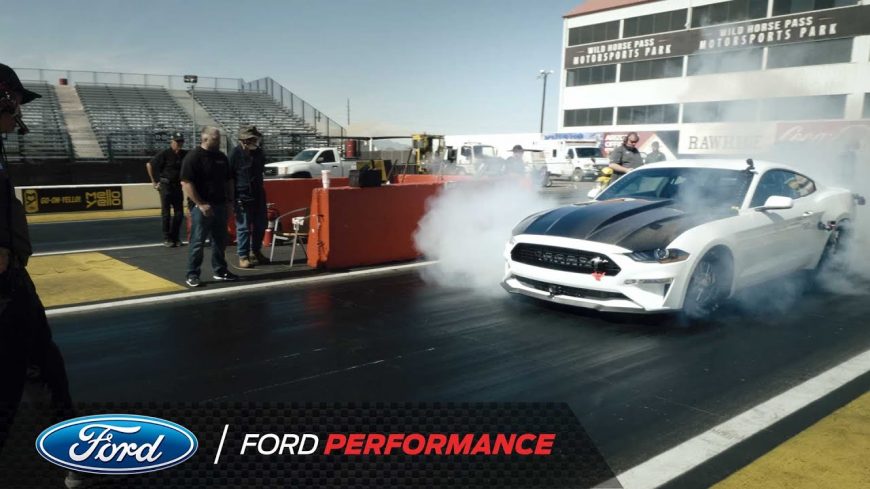 “It won’t hurt your ears and doesn’t use a drop of fuel, but it’s projected to crush the quarter-mile in the low-8-second range at more than 170 mph.” –Ford Performance

Ford has been at the drawing board, creating what they’re calling a one-off Mustang Cobra Jet factory drag racer. The car is powered by all-electric propulsion and it’s hard to ignore the numbers. Slashing down the quarter-mile in the low-8-second range is downright maniacal. That’s not even the best part!

Something to consider with a car like this is just how consistent it’s going to be. One of the best parts of an electric racing setup is that it’s going to do the same exact thing every time. With a combustion-powered machine, there will be variations depending on the track among other factors. However, electricity is going to deliver power immediately and consistently.

Of course, teams will still have to dial in the suspension. However, fewer variables are sure to make for smoother racing experience. Looking at it objectively, electric almost seems to be a no brainer to add to the racing scene.

However, it seems like some people are a little bit hesitant to accept it. One scroll through any comment section surrounding electric vehicle racing has people talking about the grumbling growl of an engine. Both sides definitely have valid points to be made.

When it all comes down to it, we think that this will come to a climax with a battle for the ages. Just when we thought that the import vs domestic rivalry was hot, imagine a world of electric vs combustion racing is happening at a high-level.

To this day, combustion still clearly holds some serious ground over electric power. Don’t be surprised if there’s a day where electric technology is developed to the point where there’s a stout competition, though.

« Old Ford Pickup Resurrected After Being Forgotten For 14 Years