This Shop Snuck a Mustang Engine Into an Old Chevy Pickup 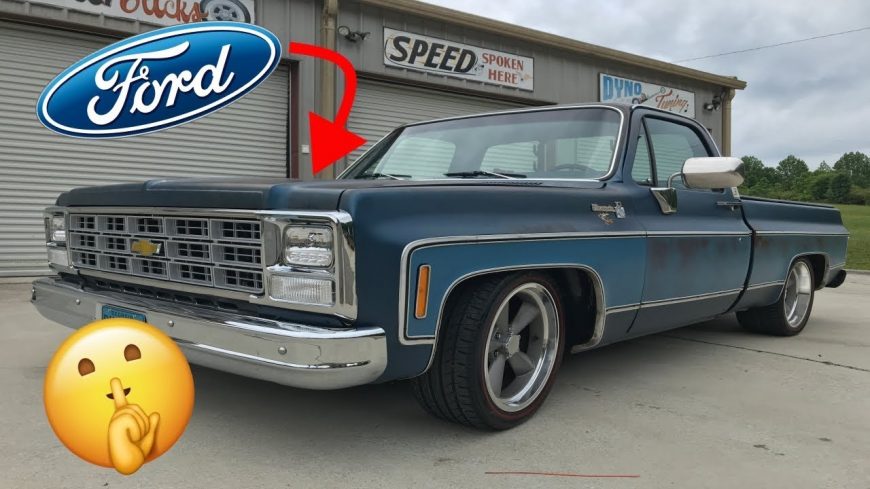 There are very few communities where we find people who purposefully go about doing things in a more difficult way. However, commonly, in the automotive community, this is a theme that builders will take on. Usually, this “going against the grain” mentality is in the name of coming up with something a little bit different. After all, the tried-and-true has its place. However, when something really pops off the canvas, giving us a fresh taste, it can stand out amongst the crowd.

If somebody were to want to take an old Chevrolet pickup truck and give it a little bit more oomph, there’s one common direction that many would go in. Most times, when considering the need for more power and more efficiency, the LS is an engine that builders would choose to swap into a vehicle like this. Not only is it efficient and affordable but there’s also a lot of support. Everything from the headers to the mounts can be purchased. From there, the engine can basically be slapped in without much resistance. However, in this situation, we find somebody who wanted to mix it up a little bit. They took this road even if it meant adding said resistance.

By following along with the video below, we take the road less traveled. In this particular creation, we end up checking out not just another LS crammed under the hood of an old-school pickup. Instead, we take a look at a Coyote Mustang power plant that is doing the job just fine. The truck aims to not only facilitating some fun horsepower but also to become a daily driver. We would be more than willing to bet that the “wow” factor that folks get when the hood is popped is more than worth the price of admission. It’s hard to hate on a build like this!