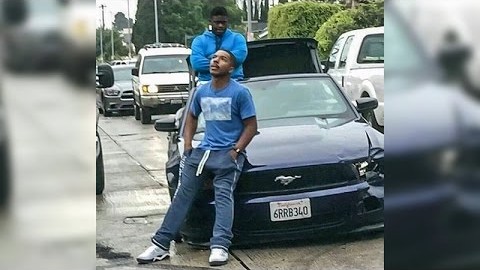 Cars are stolen every day, but this police chase of a stolen Ford Mustang in Los Angeles was one that proved to be especially odd.

First and foremost, it seems like we have a couple of criminals who don’t really care that they’re getting caught. We wouldn’t run from the police in the first place, but we were under the impression that the point of running away was to escape.

Even after it does look like they escape from the police, the guys just pull over and start posing on the car to take pictures to throw on Facebook.

These guys put on a show, probably because they knew that the news cameras were watching, but the commentary from the news station itself might be a bit more odd.

Check out the chase in its entirety in the video below that really doesn’t add up. One thing that does add up is how bizarre the situation as a whole really is.