Ford Pickup Flexes Muscles, Yanks Semi Out of the Ditch 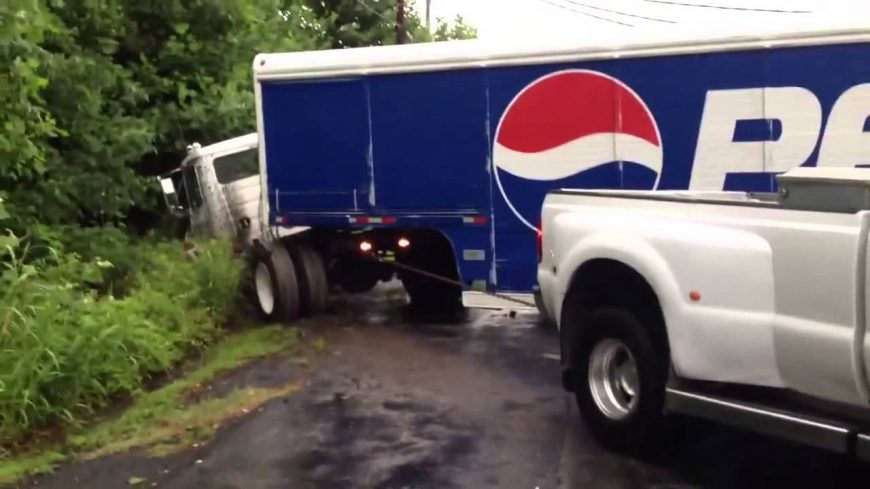 If I told you that I had just come back from a trip down the highway and had witnessed a vehicle pulling a semi truck out of a ditch after it had slid off the roadway and managed to find a way to get stuck, what kind of vehicle would you picture in your head that was doing the pulling? I’ll give you a second. It would probably be something really big, right?

For the vast majority of folks, you’d probably picture some guy or girl rolling up in a wrecker or some other massive machine to help out the stranded trucker a little bit so that they can get back on the road and get their cargo to wherever has to go. Being a good Samaritan is always a good feeling, after all.

This time, however, we check out a video that shows no vehicle of commercial variety in sight. Instead of a massive truck doing the job, this time it’s nothing other than a standard consumer pickup of the Ford variety. Sure, this Ford was probably designed to get some heavy jobs done but I’m sure this isn’t what they were thinking as the owner straps up to the semi-truck and gives it a good yank, somehow managing to pull the truck from its predicament and back to the place where it can grab a little bit of traction without having to pay a couple hundred bucks to have a wrecker come out and do the job!

If you check out the video down below as the driver of the Ford lays into the throttle a little bit, the truck is able to put together enough torque and traction to pull this big cargo carrier out of the tight spot. Now that’s how you do more with less!