It seems like, in the car community, there is this perpetual itch that’s about ...

It seems like, in the car community, there is this perpetual itch that’s about impossible to scratch. When the 2021 Ford Bronco was unveiled, it was met with widespread positivity. Folks seemed to be in love with the functionality factor of the truck combined with the fun factor. It was a breath of fresh air after manufacturers across the board have been leaning toward a boring and economical trend that sucks the life out of vehicles.

However, since the talks about the Bronco have died down, we’ve all turned our attention toward much might come next. Some recent renderings that have been passed around the internet seem to suggest that the Bronco might soon come with a pickup truck variation. In fact, talk around the watercooler seems to be pretty confident that we will receive this variation of the Bronco before the year 2024.

The move seems to hint at an attempt of the Bronco to compete even more directly with Jeep. Obviously, the Bronco that we already know falls in line with the same expectations of the Jeep Wrangler. This possible new model would directly compete with something like the Jeep Gladiator.

In related news, there have also been some odd images of a potential Ford Maverick revival floating around the watercooler. Recently leaked images showed a “Maverick” stamped bed with accompanying leaks leading to the idea of an overhauled Ford Transit van.

However, speculation is rarely to be taken seriously at this stage in development. After all, how many decades have we been hearing things like “This is finally the year they make a mid-engine Corvette” before it finally came out in 2020? (The answer: A LOT!)

I guess that, at the end of the day, there are really two main considerations to speculate about what we might see coming. The first is that there is currently no small pickup trucks on the American market. This would lead toward the Transit idea.

Furthermore, we might be inclined to think that Ford would be even more motivated to create a Bronco pickup after the massive initial success that they have seen with the release of the 2021 model.

The 2021 Bronco Promises a "Crawler Gear" But How Does it Work? 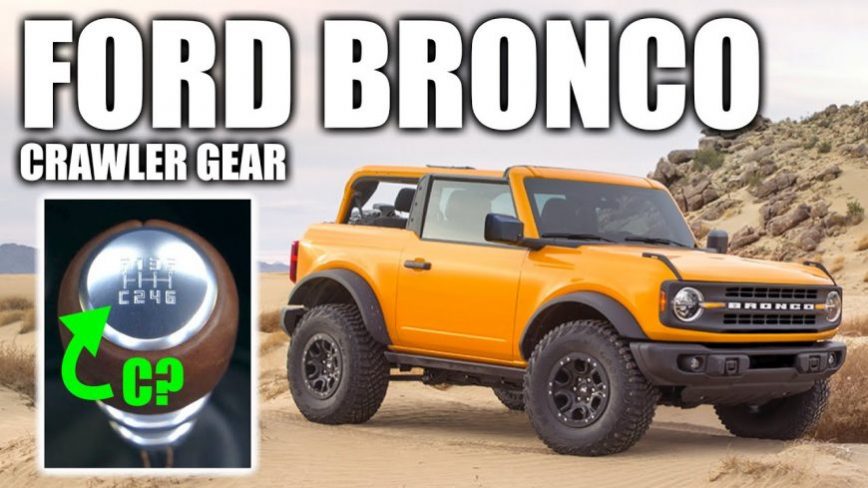