For those unfamiliar with the Ford Ranchero, it was essentially Ford’s version ...

For those unfamiliar with the Ford Ranchero, it was essentially Ford’s version of the better known Chevrolet El Camino. Well, technically, Ford came up with the design first so maybe the El Camino is Chevrolet’s version of the Ranchero but you get what we’re saying!

For those who haven’t been paying attention, it has been more than a couple of decades since either one of these cars has been produced. Unfortunately for this Ford icon, it wouldn’t live to see the 80s.

However, it really begs the question of why there haven’t been attempts here in America to bring back the pickup car. It really leads us to wonder if a modernized version of this thing would have any sort of popularity in the market. After all, today’s market is very quickly shifting. Who knows? Perhaps the revival of these obscure gems would be met with great success. Maybe now that people prefer bigger vehicles, a heavyweight like this would have its own place.

I guess that at the end of the day, the executives know more than us which is probably why we haven’t seen such a creation. It’s fun to dream, though.

Once we start to get the ball rolling on that thought, though, it begs another question. What would a modernized version of this car even look like? It’s hard to picture in our heads how exactly a Ranchero would translate to today’s styling.

Thankfully, with the creative YouTube user by the name of TheSketchMonkey, we have to wonder no longer. In his latest creation, we get to watch as the 1971 Ranchero is modernized! At the end of the day, I personally think that the end product looks pretty good.

I know that I would buy it but I’m definitely the type to be attracted to weird cars. 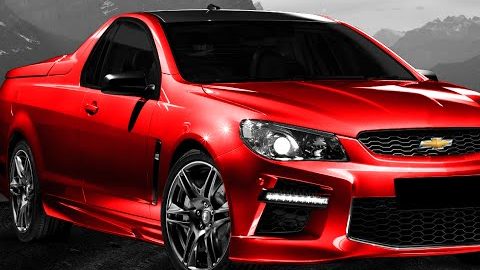