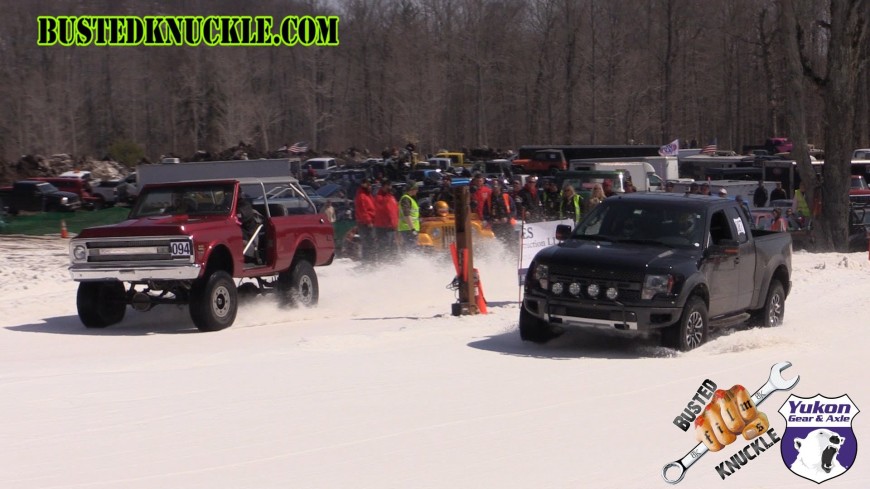 We quite often see vehicles duking it out on a concrete drag strip to see which can get down the straight, flat surface quicker. Doesn’t it make sense to do the same in snow to test out which SUV is more effective?

That’s the scenario in this one as we watch a showdown between a classic K5 Chevrolet Blazer and a Ford Raptor. It’s a battle of tried and true vs technologically advanced in this one!

Check out the Chevy vs Ford battle in the video below as brought to us by our friends at Busted Knuckle Films! This one has a lot of bragging rights on the line!