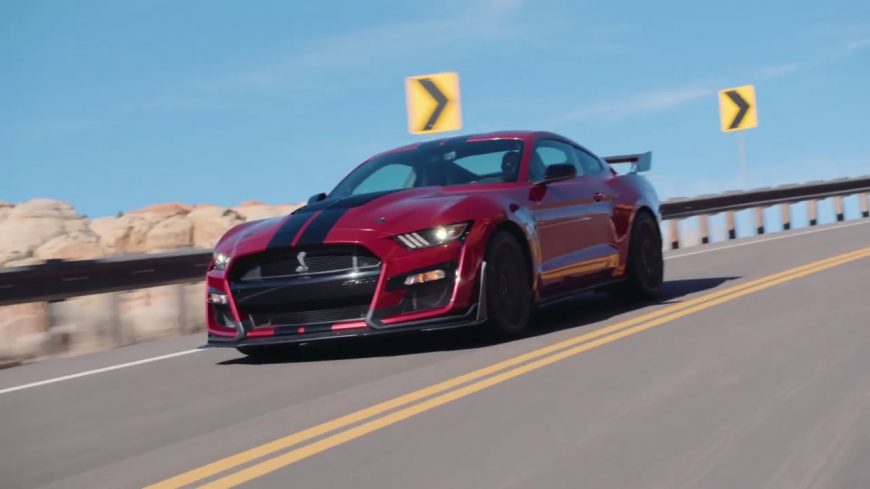 The battle for muscle car supremacy got a bit more slanted toward Ford today. The company dropped a bombshell on the likes of Dodge and Chevrolet when they announced the flagship Shelby GT500 would come with a whopping 760 horsepower. This is more than Dodge’s Hellcat with 707 hp and the Corvette ZR1 with a 755 hp engine.

The GT500 has been an icon since it debuted way back in 1967 as a Mustang customized by a racer by the name of Carroll Shelby. To this day the 1967 GT500KR is one of the most desired collector cars you can find. For those who can find one, it’s sure to cost you a pretty penny. Shelby passed away in 2012. However, the company he built has remained and the cars are still being built. We think he would be rather proud for the latest rendition of his namesake.

The horsepower battle really picked up after Dodge announced the Hellcat. The 707 horsepower machine really threw some attention at these high horsepower production cars. From there, things would only spiral out of control. If there’s one thing that we can say for sure, it’s that nobody wants to be on the bottom of that list.

Dodge had the 700+ horsepower Hellcat lines while Chevrolet brought in the ZL1 Camaro. Ford, well, they had the GT500. Dodge currently has multiple variations of their highest horsepower machines. The Hellcat redeye and 1320 edition, as well as the Demon are all packing a whopping 840 horsepower. Although the Demon went out of production after 2018, we’re still feeling its effects.

In today’s world, most car manufacturers are focusing on going a little greener. Most are focusing on either hybrid lines or the fully electric lines like Tesla. The big 3, however, are still engaging in an iconic horsepower war. We would say that it’s actually stronger than ever.

« What Exactly Makes the LaFerrari Worth $3.5 Million?