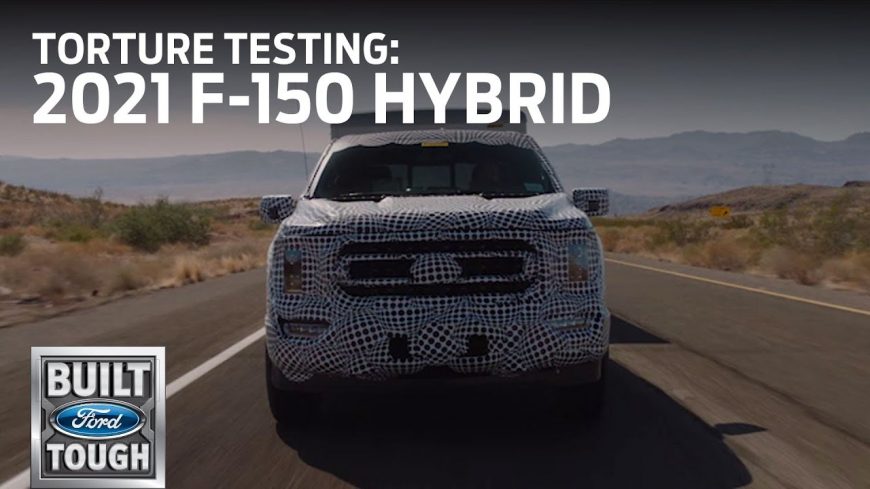 As the old adage goes, perception is reality. To break that down, this means that sometimes, even though something might be amazing, if people don’t see it as amazing, then it’s all for not.

Sometimes, there are just certain ideas, true or not, that won’t allow products to get out of their own way. Now, we aren’t saying necessarily that hybrids are amazing or claiming that they have an image that can’t get out of its own way. However, it would seem as if having the image of a hybrid would cause a vehicle to struggle to maintain the image of toughness and durability. When it comes right down to it, every test in the world could point out that a hybrid could outperform its V8 counterpart in both of these metrics and people who seek these metrics out still might not go with said hybrid.

As one might imagine, this could be something that could get in the way of selling trucks. Therefore, it would appear as if Ford is putting their best foot forward in order to put the whole idea of a hybrid being incapable to rest.

This time, we tune in with the all-new Ford F-150 PowerBoost hybrid. The idea this time is to take this combination to the edge in the areas of off-road performance, durability, and towing. The test hopefully, at the end of the day, if everything goes in Ford’s way, will convince some folks that a hybrid is the way to go. As we look toward the future, it might not be all that far off base as the technology really gives truck drivers the best of both worlds in both power and fuel economy.

We can’t necessarily say for certain if hybrid technology will be able to take over combustion technology before electric comes around and becomes a strong competitor in the truck space. However, it does seem as if Ford is trying their best to make that argument.

« Street Outlaws Fireball BUSTED During Test Session on the Streets