by Jesse Kleib | May 27, 2021
fordmicrochipsemiconductorshortage

For those who missed the big news last week, Ford has decided to keep on producing ...

For those who missed the big news last week, Ford has decided to keep on producing vehicles even though a microchip shortage has prevented them from finishing the vehicles. Essentially, Ford is cranking out trucks that will be left almost finished until they can source the microchips which will then be installed once Ford can get their hands on these units.

Because of this, there have been some rather odd scenes unfolding where these vehicles are being stored.

People across social media were definitely astounded at the scene as Ford has used all sorts of different locations to stash these trucks, including a race track that has been filled up to the brim.

A recent report, though, has captured the image of this area from above… Far above.

The latest news tells us that the field filled with Ford vehicles can now be seen from space. Obviously, the need to get these vehicles going is something that is time-sensitive as they need to be sold before they become too old. The longer they sit there, the less valuable the trucks become. However, Ford is just going to be forced to wait and see what happens with the semiconductor mayhem behind the microchip shortage. Until then, it seems like the stack of vehicles is just going to keep growing.

Down in the video below, we find a breakdown from LaterClips who shows off the imagery that is definitely something for the history books. We’re sure that sooner or later, Ford is going to get this situation figured out and get these trucks on the road. However, it’s a little bit unnerving to watch the collection grow. It almost feels a little bit eerie to see all of these trucks that are brand new and will remain unused for the forseeable future. 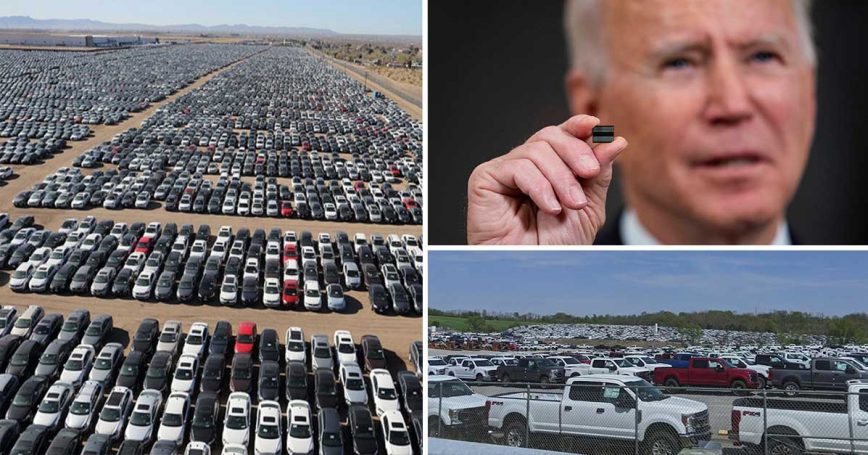