Ford VS Chevy Tug-Of-War With An Unexpected Twist

Ford VS Chevy Tug-Of-War With An Unexpected Twist

If you want to talk about the battles that are almost as old as motorsports, you can ...

If you want to talk about the battles that are almost as old as motorsports, you can talk about the good old-fashioned tug-of-war that puts two different vehicles, mostly trucks, up against one another as they tie themselves, back to back, with the aim of out pulling the other one along, showing which truck has a better variety of abilities when it comes to towing, showing strength and torque. It’s definitely a sequence of events that might seem a little bit anti-climactic but can really get rather interesting in some cases as very crazy things have been known to unfold on the pad.

This time, it’s a little bit of a Ford versus Chevrolet battle, another motorsports clash that is about as old as time. However, in this one it all goes a little bit differently than you might expect as a Chevrolet dually goes up against Superduty Ford pickup truck on a traditional wheelbase. However, it’s not this underlying brand battle plot line that will keep you tied into this one but instead the theatrics that go on as the show continues to get wild and crazy as these two go at each other’s throats. Normally, trucks will pull straight and maybe one will heavily overpower the other but in this case, it turns out that these guys are going for a merry-go-round of sorts.

If you follow along down in the video below, you’ll be exposed to an extreme example of a tug-of-war and a reason why you might want to keep your eye on these battles if you ever happen to be in the proximity of one going down again. After checking this one out, your jaw might just drop to the floor and you might find yourself getting a little bit dizzy at how round and round these trucks took each other as they went on a wild ride to say the least.

Cummins Driver Destroys Competitor in Tug-of-War, but Did he Take it Too Far? 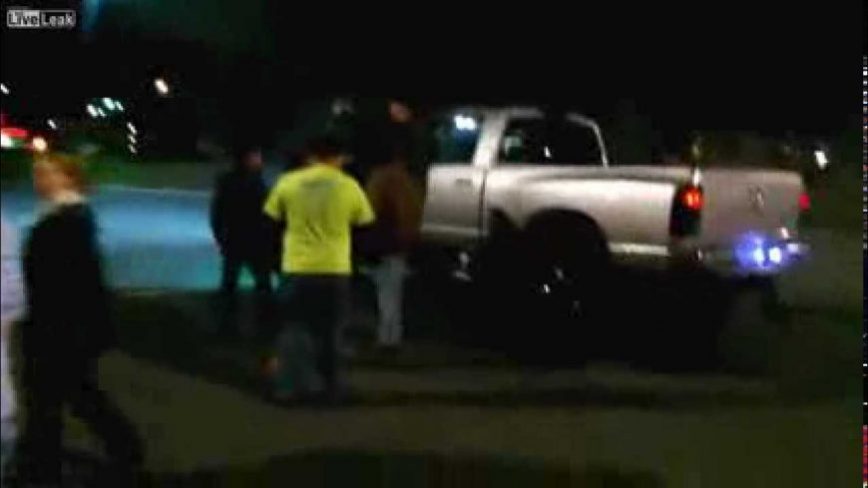