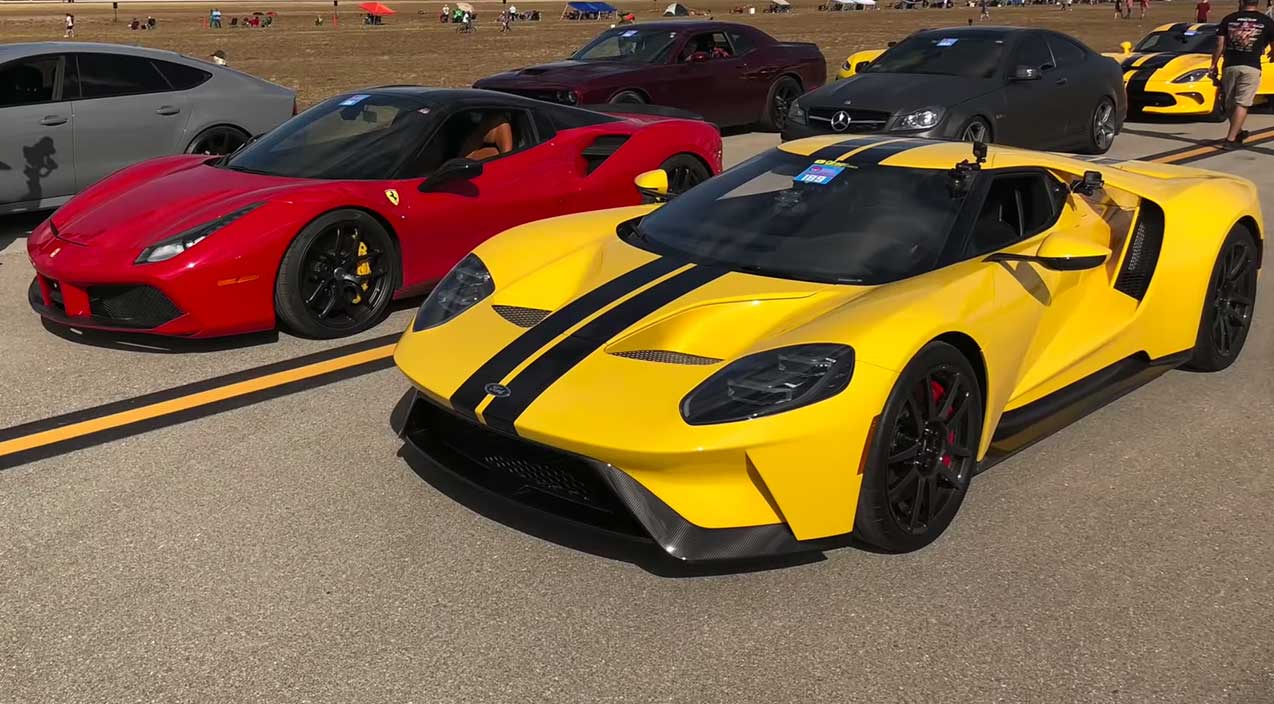 When thinking about the performance landscape, Ford and Ferrari might not be a couple of nameplates that most would think to throw in the same category. That’s not really a slight at either one of them but the brands are inherently different in just about every single way. After all, Ferrari is more of a performance heritage that attempts to build pieces of rolling art and engineering work. On the other hand, Ford is definitely a consumer car brand that attempts to pump out machines more in volume that area involved in satisfying the everyday needs of regular people.

However, while most Fords might never take a crack at the price range of some of the most expensive Ferraris, there are some out there that can definitely swing for the fences when comes to battling on performance terms. Just one example of this is how a machine like the Ford GT may just be able to take the blue oval and send a message toward a variety of machines with the Ferrari namesake encrusted on the front. It’s an interesting concept to think about and really shows just what certain brands may be capable of if given the chance.

In the video below, we take a look at the DragTimes YouTube channel as they take the liberty of putting their very own Ford GT up against a Ferrari 488. Sometimes, these comparisons are just for seeing how bad one car would end up beating up on another. This time, however, the pair machines end up being rather close as they make their way down the half-mile of an airstrip at Wannagofast in Ocala, FL. No matter which way we slice this one, it’s full of win and we would recommend that everyone takes a moment to check out the action for all of the senses down below.