When it comes to performance pickup trucks, it really feels like a market that might be on the brink of waking back up again. For years, it seems like the only option has been the Ford Raptor. However, with Mopar throwing it hat in the ring, it feels like only a matter of time before the pickup truck power wars pick back up once again.

This time, we take a peek at a couple of competitors that one finds toward the top of the performance pick up truck food chain. Naturally, we have the long-standing Ford Raptor. As of today, there still is no official announcement for a V8 optioned Raptor ever since they did away with the extra cylinders a couple of years ago. However, there are rumors over the horizon that perhaps the Shelby GT500 architecture might be borrowed for a version of the truck. For now, it’s EcoBoost V6 power doing the job. The Raptor is also complemented by a street trim EcoBoost pickup to round out the lineup.

Sitting next to these two, we find the Shelby F-150 super snake. This is a truck that has lurked around for a while and isn’t a direct release from Ford. However, it provides enough power to get any performance enthusiast excited. On the spec sheet, we find that the truck makes 750 hp which puts it at the top when it comes to horsepower.

Last but not least we find the Ram 1500 TRX. For those who have yet to be acquainted, this high performance off-road truck seems to be the most stout of the bunch. Ram really dropped a bombshell when they announced that they were going into this segment. The offering is one that really has us excited to see how things pan out as the truck eventually makes its way to the streets. Over 700 hp under the hood is going to be a lot to handle for competition.

So, who will come out on top? Check out the video below to find out just that. 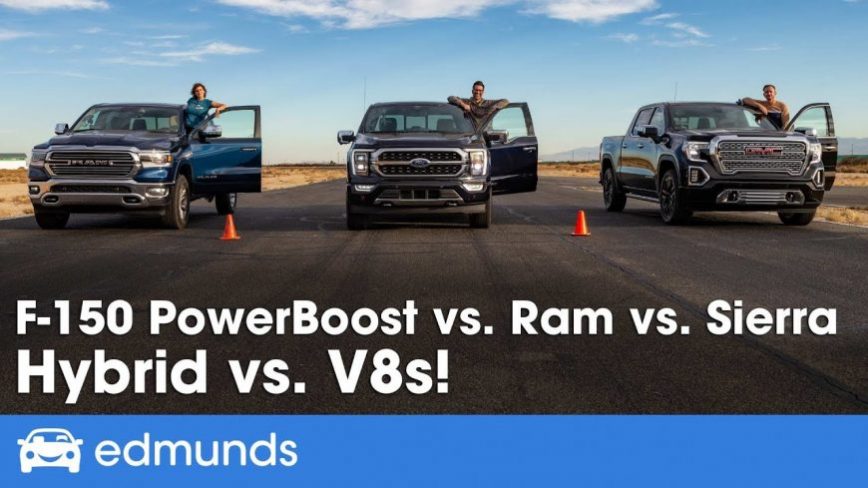