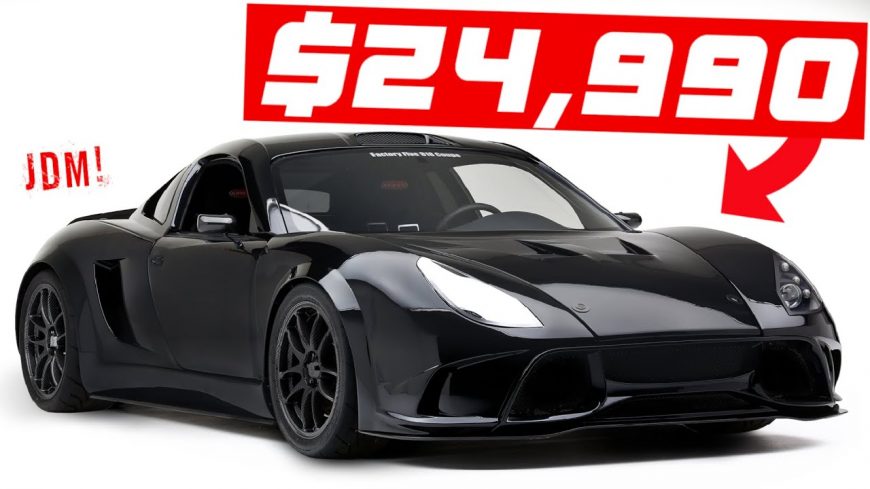 One of the things that is preventing most people from getting into a supercar of their own is that price tag with too many digits. At the end of the day, not all of us have six figures to drop on a car. However, maybe, in order to get to that feeling of freedom that one would get by driving a supercar, we might not need to spend all that much money after all.

We wouldn’t necessarily say that you’re going to end up in something like a high-end Lamborghini without spending the big bucks or settling for something that has some sort of major flaw. However, with some other brands that might not exactly be on the tip of your tongue when you’re thinking of a traditional supercar, this sort of performance can be found and enjoyed for less money.

This time, we dig into a ride that goes by the name of the Factory Five 818. For those who don’t know what that is, it’s a custom vehicle built by the Factory Five brand that is combined with a Subaru sourced drivetrain to make something that’s incredibly fun to drive.

While many people think of high horsepower when it comes to supercars, that’s not necessarily the combination that makes this machine so interesting. Instead, the car is powered by a boxer-four engine. The real draw, though, comes in the weight savings.

As the name of the car infers, the Factory Five 818 weighs in at just 818 kilograms (1800 lbs). In other words, this car that kind of looks a little bit like a Lotus is going to weigh less than an average Mazda Miata. Therefore, the small but mighty sports car takes big time advantage of one of the metrics that is most overlooked when it comes to cars that are fun to drive – the power to weight ratio.

By tuning into the video below from Quickshift Cars, we get the full rundown on exactly what it is that makes the 818 such an interesting alternative to a high dollar supercar. With a price tag of around $25,000, this one might be too good to resist!