When it comes to something like a Cash Days tournament, the entertainment factor is ...

When it comes to something like a Cash Days tournament, the entertainment factor is at an all-time high. These events tend to bring us a combination of awesome racing, trash talk, and guys pushing the limits. The pressure cooker of elements can really put spectators on edge. When it comes to a Cash Days event, long story short, we really never know what’s going to happen. The surprise is a big part of the appeal.

Over the course of the race, the streets can be a little bit unforgiving. While racing on a prepared race track, drivers have a surface that’s a little bit friendlier. On the streets, though, there is literally nothing aiding traction to help them keep it in line. All of the power that these cars are making is surely going to find it more difficult to make it down to the street. With that in mind, things can tend to go sideways a little bit more frequently.

This time, thanks to Big Rob Entertainment, we are taken to the scene of what he calls “Forgotten ” OKC Cash Days footage. As usual, the racing is at an insane level. However, at one point, things boiled over to a point where one driver simply lost control of the situation. We watch as the car ends up going sideways and becoming involved in a pretty gnarly wreck. As there were no reports of injury, we’re left to assume that everybody made it out okay.

By following along with the video below, we access the action from the best seat in the house. With races like this, because we never know what’s going to go down, suspense is at an all-time high. We hope that it never comes to something like this but at the end of the day, that just seems to be one of the occupational hazards of going street racing. – BigRob Entertainment 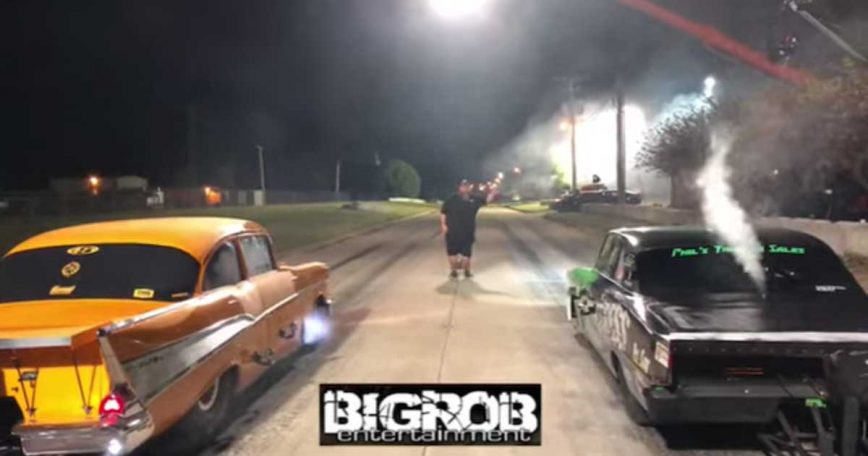