Former C10 Fire Truck Receives the Heart of a Lion 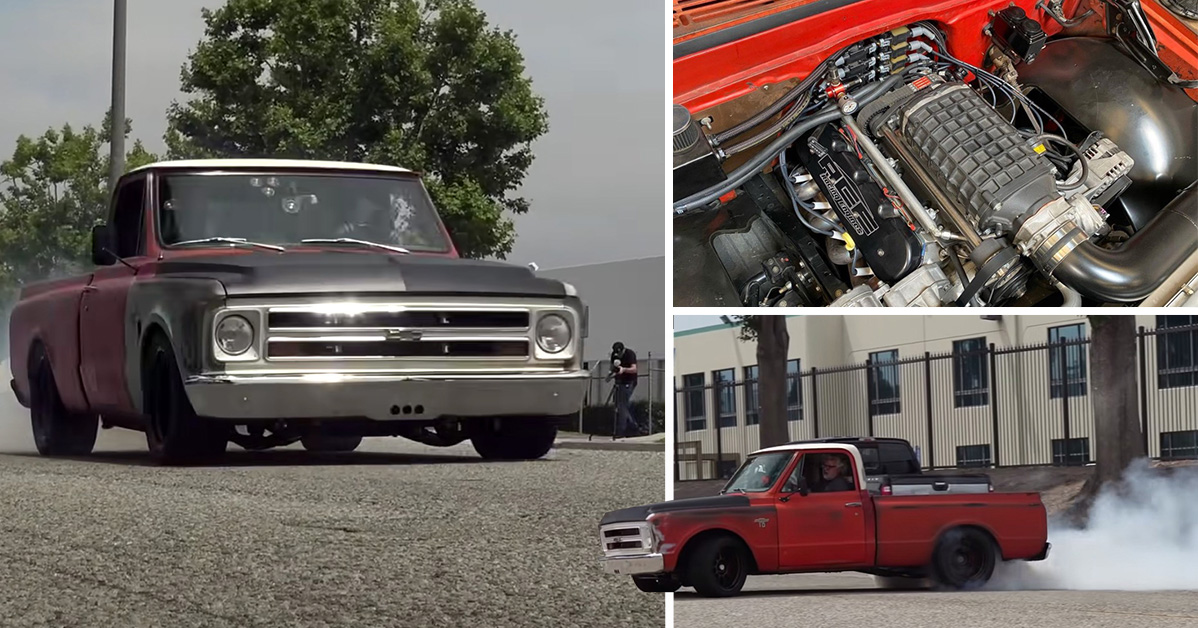 When it comes to the likes of the Chevrolet C10, it’s becoming an incredibly popular platform to build a hot rod upon. However, no matter how many of these things come to the car show, we always feel like a lot of C10 builders have a special way of putting their own twist on things. Just because there’s a lot of these monsters rolling around in the streets isn’t to say that you’ll ever find two that are exactly the same.

This time, we check in with a truck that’s not only an eyecatcher but it has an interesting story as well – we feel like it’s always more alluring when there’s a juicy backstory!

The current owner of the truck was able to find the backstory in the fact that it used to be used as a fire truck to service fire hydrants back in the 1960s. I guess that you could say that this is the true definition of a work truck. While most rides referred to as a “work truck” are simply a basic trim package, this one was actually out there doing the heavy lifting.

However, all of these years later and a lot of components have been swapped out. This isn’t just a factory truck with an engine slapped under the hood, either.

Instead, from the suspension and wheels all the way up, just about every single nut and bolt on this truck has been turned in order to make it something truly special. When we do find our way under the hood, though, eventually, we find a 5.3 L all-aluminum LS engine topped off by a Magnuson supercharger to sweeten the pot. When all is said and done, the combo is said to be capable of 1200 hp.

That is where the action stops, though. To see the complete feature, tune in with the crew from AutotopiaLA down below!

« How To Get Rid Of Tailgaters