The Mint 400 is coming up in just over 2 weeks, so many of the expected 600+ entrants are making their last minute preparations now for the March 8-9th event. Among those preparing to take part in the grueling off-road rally, former F1 champion Jenson Button will be making his off-road debut in this year’s event.

Button, the 2009 Formula 1 world champion, is a fifteen time winner in the F1 series, with 50 podium finishes in his career. He retired from F1 competition in 2016, and no competes in the Japanese Super GT series, where he won the 2018 series championship. He’s shown an innate ability to drive anything with wheels, although making the transition from asphalt to desert terrain will likely prove to be one the more difficult moves he’s made.

He will team with Le Mans series champion Chris Bumcombe in a Brenthel Industries-built 6100 Truck for his Mint 400 premiere, with the truck of course fitted with awesome BF Goodrich tires to offer the most traction in the rough, sandy terrain. You can see the incredible suspension doing work to keep the BFG’s planted while the truck screams across the desert with relative ease, proving just how badass Brenthel’s trucks really are.

The Mint 400 has become the largest and most prestigious off-road event in the world, drawing hundreds of competitors and thousands of fans to Las Vegas each year. Since returning from a decade-plus hiatus, the race has grown considerably each year, with 2019’s expected 600+ entrants smashing previous entry numbers. The race drew so many entrants that a third day of racing had to be added to the schedule to accommodate all comers.

Look for the Mint to be on television, as well as live-streamed straight from Las Vegas starting on March 8th. You can find out more info on the Mint 400 website, or read the official race press release here!

Baja's Toughest Moments Compiled in Heart Pumping Mix - Do You Have What it Takes? 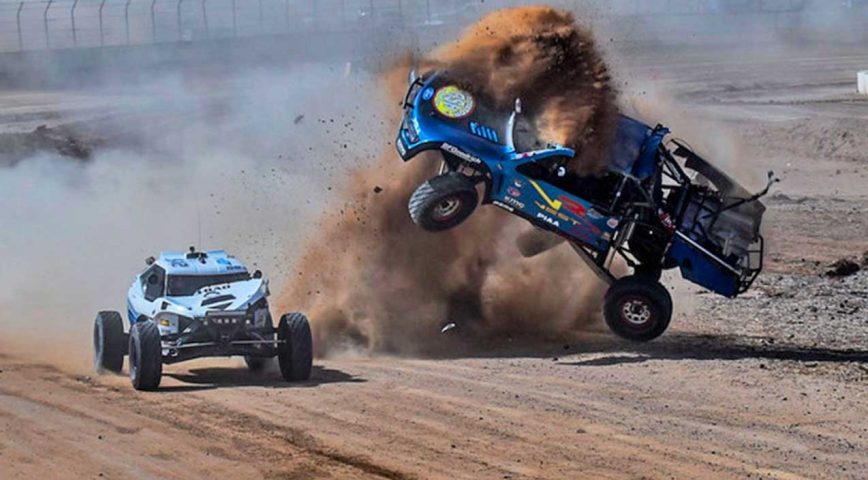