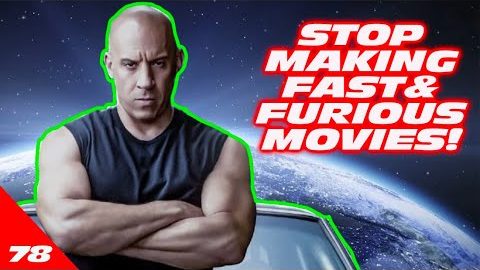 For quite some time now, a lot of fans have been screaming at the Fast and Furious franchise to just stop making movies. While it seems like this is the loudest opinion, it definitely isn’t the only one. There are a wide variety of folks that certainly still enjoy tuning in whenever a new Furious film drops.

However, when we see some of the most adamant Fast and Furious defenders starting to change their tune, maybe it’s time to start thinking about bringing an end to the saga.

One of those defenders is someone who was involved in the franchise himself. Craig Lieberman says that he has been supporting the movies even though they have strayed far from the original premise of street racing and low rent crime. Even as they have become, as he calls it, a “cliché fest,” Lieberman has stood behind the movies for what they are.

However, in a recent video dropped by the man who was responsible in a big way for making sure that the original movies had cool cars, Lieberman begin to position himself as someone who is on the “Make it stop” side of things.

This time, we get a complete breakdown of the series and how exactly it is that we got to where we are because that’s something that’s not entirely clear at this point.

In the video, Lieberman takes it upon himself to explain how each movie had its own place and how every installment is getting further from the whole point of the series. At the end of it all, he explains that the plot has been stretched so thin that it’s kind of hard to remember how we got here. This eventually leads Lieberman down a path of explaining why the series just needs to end.

Do you think that Fast and Furious universe has gone on for far too long or are you one of those folks who is going to tune in no matter what?