For every single person who has ever gotten on an airplane, I’m sure that the ...

For every single person who has ever gotten on an airplane, I’m sure that the thought has crossed their mind as to what would happen if that airplane were to go down. Sure, the likelihood that that would actually happen is probably pretty low, however, that little thought can’t help but dangle in the back of your mind, making you think entirely too deeply about this unlikely scenario unfolding. I guess that you can’t really help it since we are talking about your life and all that hangs in the balance should something just so happen to go wrong.

If you think about it, one malfunction could, in fact, make everything go awry. I hope that we aren’t scaring you off too much but with lots of moving parts on an airplane, it might be a good idea to make sure that there is a failsafe just in case everything else that’s in place ends up not functioning. This time, we check out something that actually has been put in place and for some reason, it’s not too widely known about but it did manage to save a former Walmart CEO’s life! It looks like his plane was going down, when all of a sudden, the reinforcements came in to make sure that wouldn’t happen. Well, at least to make sure that injury was prevented.

Follow along in the video down below that demonstrates the use of an oversized parachute that can be attached to a small plane in case it starts to head back down toward the ground when you’re not ready for it to. It might look like something straight out of a cartoon but I guarantee you that this is so real as it has been rolled out a couple of hundred times for smaller planes across the world. When it comes to the big question of if something like this could be used for a commercial airliner, just in case they would end up in a bad spot, we’re told that the technology isn’t quite there yet but you shouldn’t be shocked to see something like that in the near future.

Don't Let WALMART Change Your OIL! It Looks Like JELLY! 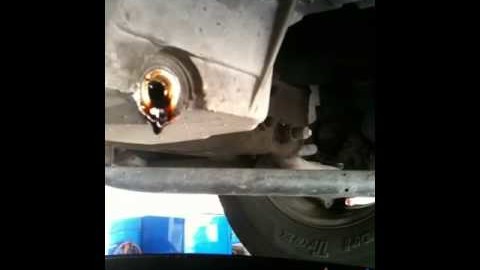