Formula 1 Car Cruises Around And Has Some Fun On The Salt Flats!

Formula 1 Car Cruises Around And Has Some Fun On The Salt Flats!

If ever you get the luxury of seeing a Formula One car in action, more likely than ...

If ever you get the luxury of seeing a Formula One car in action, more likely than not it would be on a Formula One surface with plenty of twists, turns, and intricate nooks and crannies that really make it something that’s tough to navigate, really putting these machines and drivers through a series of different driving maneuvers that drivers need to be able to perfect in order to keep up with the pack. I think that it goes without saying that you never really see these cars going wide open for an extended period, lying into the throttle and staying there for a substantial amount of time without encountering a curve.

This time, however, we check out such a machine out of its natural environment, taking on a service that the car isn’t too familiar with but that’s alright because it’s definitely a blast to go along with anyway. In this one, we head to the salt flats and ride along with Daniel Ricciardo as he takes us for a tour of a new environment for an F1 driver in the Salinas Grandes Salt Flats in Argentina! To say that this is an exhilarating experience would be a pretty big understatement as it really gives you a new perspective to view these insanely well-engineered cars from.

If you follow along in the video below, you’ll be able to see something that isn’t a look that you’ll come across every day and is one that you might want keep in that memory bank the next time that you’re looking for a little bit of adrenaline in your life. This is definitely a ride that I don’t think too many people would turn down being able to take and thanks to a camera mounted on board, this time, you’ll be able to see exactly what it’s like. 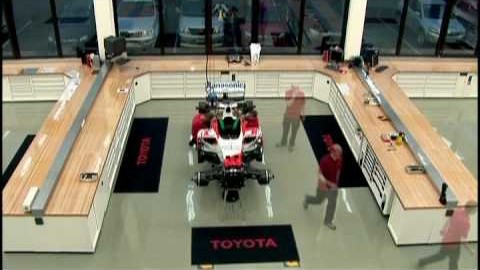