Forza Takes us Through How They Built the Ultimate Hellcat 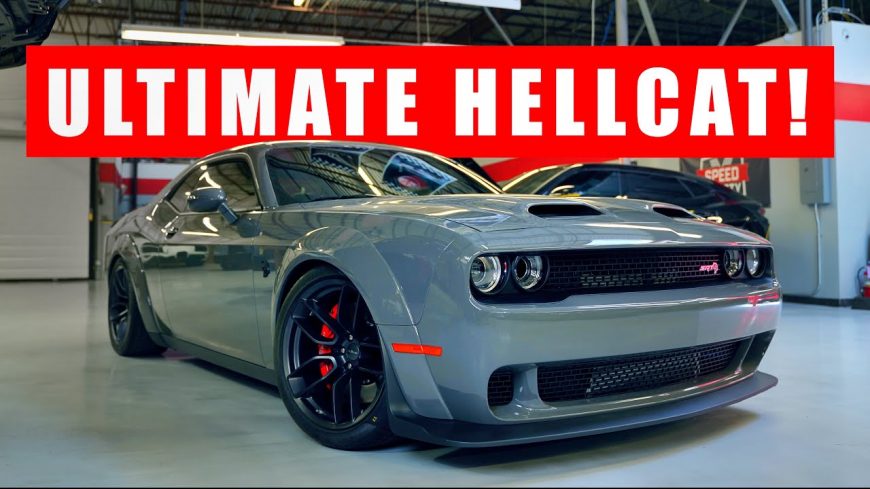 It’s pretty amazing what Dodge has been doing with their performance machines over the past couple of years. Ever since the Hellcat platform came out back in 2015, things have been on an upward trend. One might even go so far as calling it a gamechanger for the brand. With this innovation, the building blocks would be put in place for the brand to create some of the most awesome performance machines on the market.

Even though these machines are pretty awesome out of the box, everything can get better. Sure, over 700 hp is going to be a handful on the streets. On the other hand, though, performance enthusiasts like ourselves just can’t stand to leave things alone sometimes. It can be hard to just drive a car without toying around with it a bit.

For those who want to squeeze a little bit more horsepower out of the Hellcat platform, there are several different routes to go. One of those routes would be heading over to a shop like Forza Tuning and Performance. The folks at Forza have built up quite a reputation for themselves as they take these incredible feats of engineering and make them even better. Who would’ve thought that someone could make a 707 hp factory performance car deliver even more bite?

This time, by following along, we get to see what exactly is done with Forza’s 4R package. From top to bottom, the crew goes over the car in order to make sure that every nut and bolt is just right.

In this particular video, Brenton from Forza Tuned goes over some tips and tricks to look out for even if you don’t bring your car to his shop. At the end of the day, these cars are pretty expensive and you’re going to want to make sure that yours ends up in the right hands when it comes to modifying it. Follow Forza Tuned and also on Facebook!

« Murder Nova and Son, Aiden, Install Headers on Aiden’s First Car, Then Go For A Drive!