Sometimes, we have our days where things might just not align right. Some days, this ...

Sometimes, we have our days where things might just not align right. Some days, this predicament can be a little bit more intense than others. While usually, bad luck resides somewhere in the middle of the spectrum, this week, Robby Gordon would have a particularly poor experience.

While on his way to the  Baja 400, Gordon and company would end up stopping off for food. This otherwise ordinary stop would end up escalating in the worst way possible. When they left, they would find that one of the trailers in their caravan would end up veering away from the back of the truck.

Naturally, this just doesn’t happen for no reason. There has to be some sort of malfunction that would cause a trailer to take on a path of its own. While there wasn’t necessarily any way to prove it, Gordon had reason to believe that someone had pulled the pin out of the trailer hitch. We certainly wouldn’t put it past some people with the stories we see revolving these days.

Because of the lost pin, the trailer would depart from the back of the truck. It would proceed to hop over the median and veer into oncoming traffic. Luckily, nobody was injured in the incident. In turn, the off-road vehicles were strapped down properly, so those seemed to survive. However, the trailer was heavily damaged as well as a van that was in oncoming traffic.

The videographer below from 911 VIDEO NEWS was able to make its way to the scene of the incident. The carnage was certainly there. However, it seems as if Gordon was just grateful that nobody was injured in the process of the incident. This one certainly could have gone much further off of the rails if the trailer dislodged in a slightly different way. 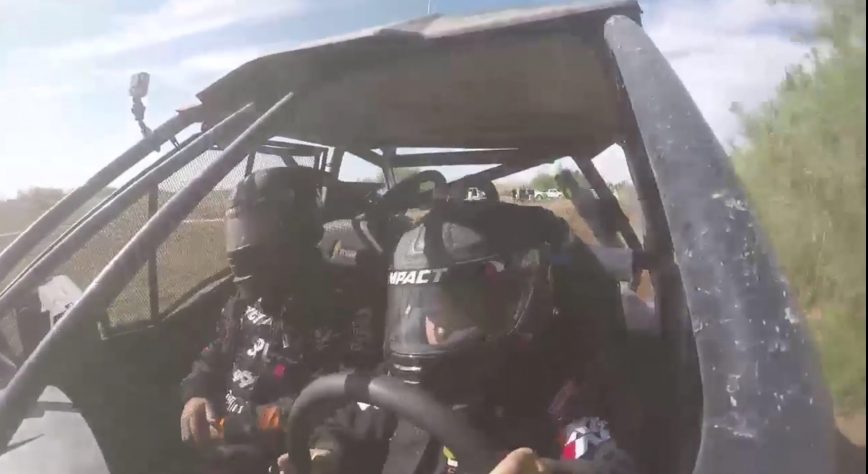