The Stolen Papa Johns Camaro was Found in a Detroit Driveway 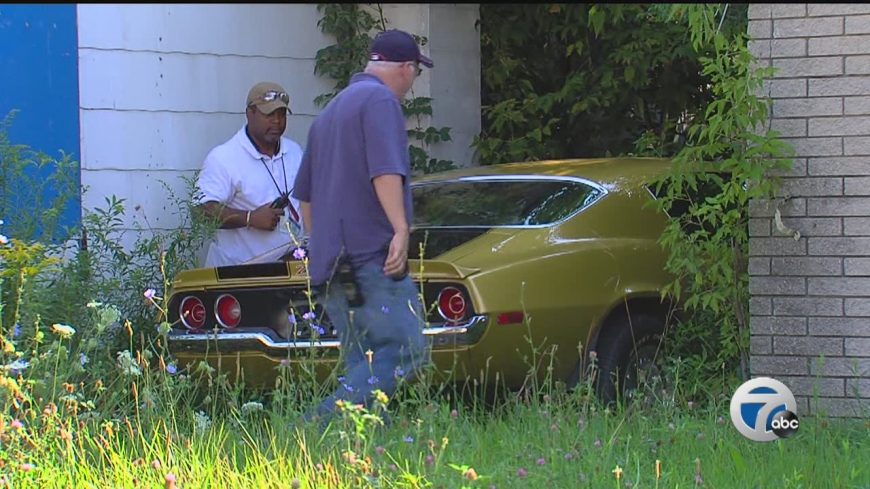 If you’re out there stealing cars in the first place, you probably aren’t the sharpest tool shed, however, there are some cars that you just don’t want to go anywhere near at all, even if you have decided to live the life of crime. One example of those cars would just so happen to be the Chevrolet Camaro owned by Papa John himself.

When John Schnatter, the owner of the chain and the car alike decided to send his own personal Chevrolet Camaro out to the Dream Cruise in Detroit, someone decided to steal the car that has been used in all sorts of marketing materials for one of the biggest pizza chains in the country, truck, trailer, and all!

However, it would appear as if this thief would experience a little bit of criminal’s regret after he apparently discovered exactly where the car had come from and who the owner was. Therefore, he decided that it would be in his best interest to just ditch all of the stolen things at a school in Detroit.

The car would later be found and a local news crew was on location to report that this stellar example of a Camaro would be recovered without very much damage done to it aside from the steering column that has been tampered with to get the car started. Check out the video below that shows exactly where the car was left after someone got tied up in a job that was just way too high profile for them. Maybe this was enough of a scare to make someone reconsider their life of crime.

« Can You Make A Tank Fly? This Cardboard Tank Flew Just Fine!