Not Standing Back Far Enough from Truck Blast Is a bad Idea!

Not Standing Back Far Enough from Truck Blast Is a bad Idea!

If you just so happen to be somebody who would consider themselves to be into ...

If you just so happen to be somebody who would consider themselves to be into weapons, you might have heard of a little YouTube channel that goes by the name of FPSRussia. It wouldn’t shock me here that even people who don’t find themselves to be all that interesting in weapons have heard about the man through some sort of viral social media platform. Recently, you might not have heard too much about him as he seems to have fallen off of the face of the Earth due to what is believed to be the result of drug charges and potentially weapons charges as well, but back in the day, we have to admit that he did make some pretty killer videos.

I guess that, when your job is to play with guns, you get more and more comfortable around explosive situations. While being comfortable is normally good, you could probably see how it might also get a little bit dangerous along the way as it turns into complacency. If you let your guard down in a situation that is high-intensity with lots of dangerous parts that are moving, it could end up putting you in a bad spot. This time, we follow along closely with one of those situations as FPS puts himself right next to shrapnel as it flew through the air and nearly ended REALLY BADLY.

If you follow along in the video below, you can check out the clip that had this weaponry YouTuber blowing up an old Ford pickup truck for one reason or another and, it just so turned out that he stood a little bit too close to the blaze which would send a massive piece of metal flying right next to his body as he turned away from the explosion to shield himself. I guess that you got incredibly lucky here but, for me, luck simply isn’t enough to guard yourself with when you walk into a situation like that.

It’s been about a year since we have seen anything from this weapons expert and we are definitely hoping that should he find his way out of whatever trouble that he might be in, that he continues to make videos like this one without all of the close calls, of course.

What Happens When You Shoot Propane Tanks WIth a 50CAL??? 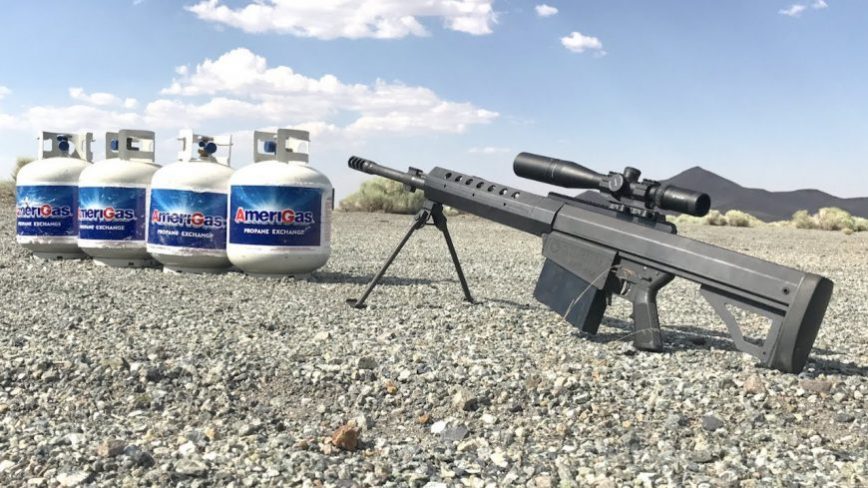