We think this guy might be a little bit crazy, but he’s definitely tough!Grab ...

We think this guy might be a little bit crazy, but he’s definitely tough!

Franz Mueller, known as “Austrian Rock”, decided to put his own spin on modernizing being drawn and quartered, only instead of being tortured and killed, Mueller made it into the Guinness Book of World Records! Franz had a motorcycle tied to each of his limbs, each pulling in a different direction, and had the riders take off, pulling against his arms and legs. Luckily, his arms and legs were up to the test and Mueller was able to hold the bikes in place for 24 seconds, establishing him as the world record holder for “Longest Duration Restraining Four Motorcycles”.

Contrast to Franz, we’re certainly glad this ended as it did and not with one of the bikes riding off with a limb attached! 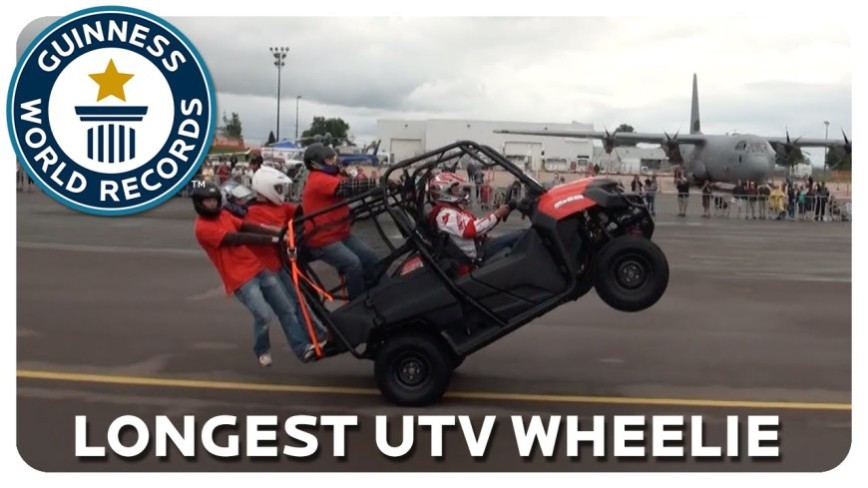