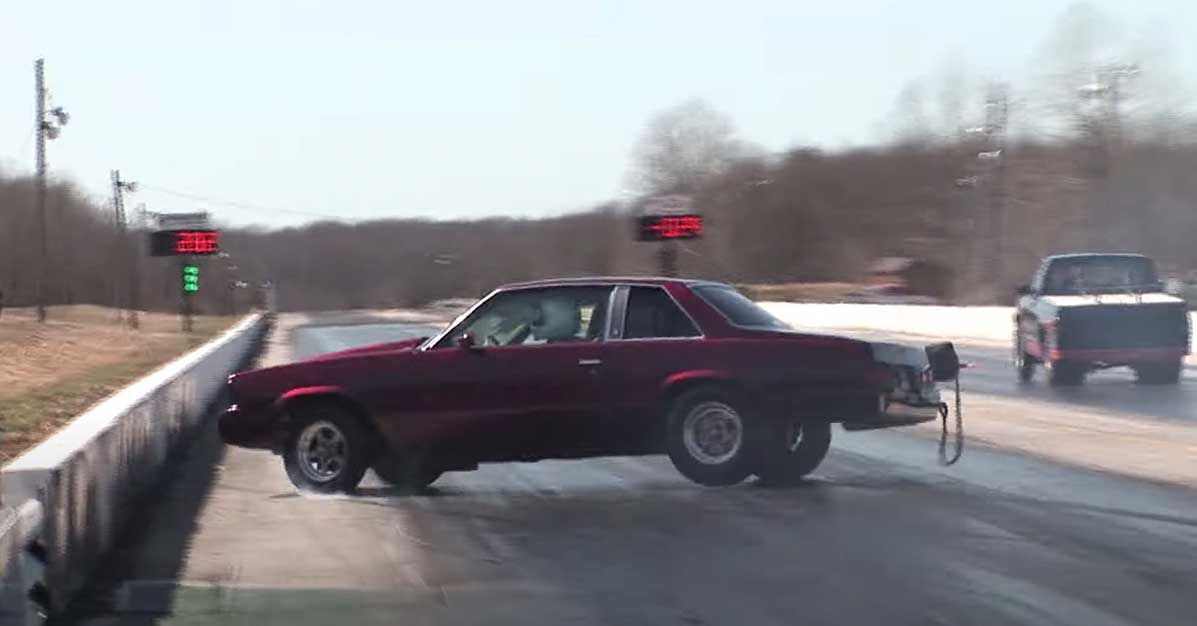 Sometimes, life really just has a way of throwing a curveball at you at the worst possible time. Sure, when something like this happens, it’s never convenient but when it happens to coincide with another event that makes it twice as painful, we can’t help but remember Murphy’s Law. Everything that can go wrong will.

In this particular situation, we tune in with Urban Hillbilly Action Videos as they take us to the scene of just that situation. In the description, we learn that this particular Chevrolet Malibu making its way down the lanes is one of the video creator’s favorite cars. In fact, the car even got itself a nice new paint job to roll its way into the ’21 season with a full head of steam.

However, it isn’t long after the season gets kicked off that this car is going to need some major work and that paint job ended up getting an unwelcome slap from a concrete barrier.

At the end of the day, we definitely think that it’s a pretty good idea to think on the bright side. When looking at a crash like this, things could’ve definitely gone much worse. After all, the car could’ve been on the top end moving much faster when the collision happened which would’ve undoubtedly caused more damage. However, that still does very little to soften the blow of having a freshly painted machine looking great when it decided to veer sideways and hit the wall.

A crash sucks no matter what way we slice it. The fact that it came after a picture-perfect paint job really makes it sting, though.

Hopefully, one day, the owner of this car can look back at the moment and laugh as it was captured by Urban Hillbilly. The video of the incident where the wall basically attracts the car like metal to a magnet can be seen down below.