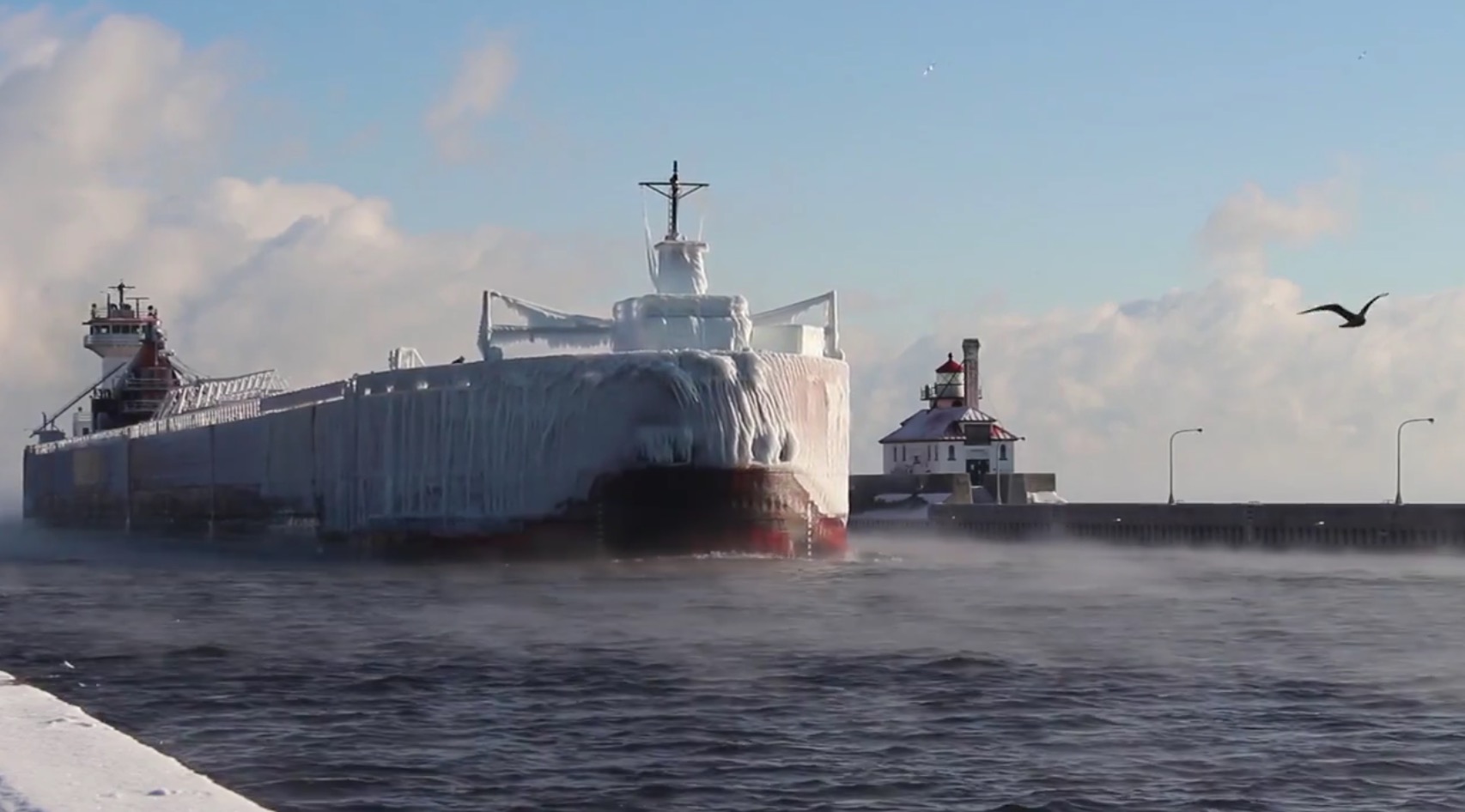 The Duluth Canal, situated on the far western tip of Lake Superior, is the entrance to one of the coldest shipping ports on the Great Lakes. Seen here is the Great Lakes Trader, which is the sixteenth largest cargo carrier on duty on the Great Lakes and can transport up to 39,600 tons of cargo around the Lakes, recently entering the canal.

To see such a massive vessel slipping almost silently into the canal is eerie enough, but the massive, ghostly coat of ice its covered in certainly drives home the “ghost ship” aura. Of course, the Great Lakes Trader isn’t an actual ghost ship – a term used to describe and abandoned ship found floating aimlessly on the water, completely absent of crew – but simply an imposing vision of chilled steel being pushed into port by a harbor-operated tugboat.

The canal itself, built and operated by a local Corps of Engineers, provides access to the harbor for around 1,000 vessels annually. It is over a quarter-mile long and 300 feet wide with a minimum depth of 28 feet, allowing even the largest vessels to pass through safely. In 1889, Wilhelm Boeing – father of aircraft pioneer William Boeing – owned land on both sides of the canal and attempted to charge tolls for ships to pass through. However, he passed away before any successful tolling system could be installed.