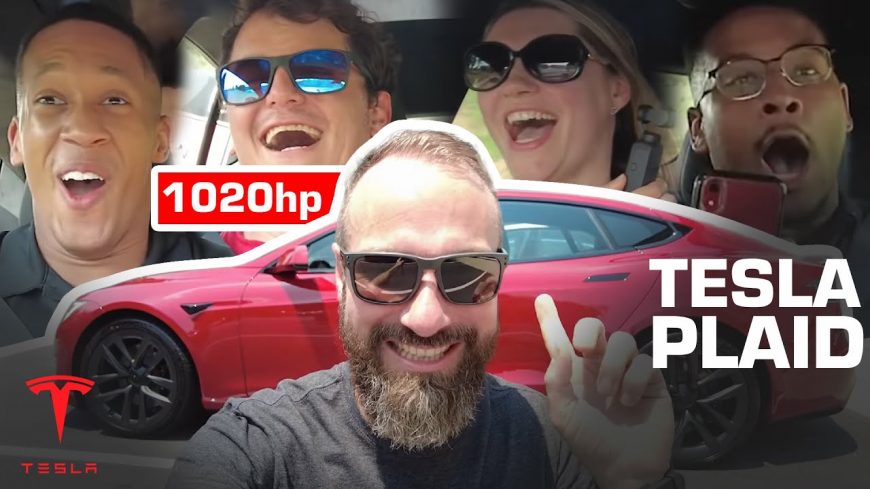 When you’re the owner of a company that specializes in optimizing racecars, there’s a good chance that you have a pretty interesting selection of machines yourself. As it just so happens, that’s the case for the owner of FuelTech, Anderson Dick. However, some might be just a little bit surprised at the machine that Dick has chosen to wheel around as a daily driver.

Even the man who is responsible for helping out with some of the most awesome cars to ever go down the drag strip couldn’t turn down a little bit of electric power. For his most recent daily driver, Anderson has gotten his hands on a Tesla Model S Plaid.

For those who haven’t gotten themselves acquainted with this model yet, let’s just say that it makes a ton of power and can do some pretty awesome things. To be a little bit more specific, the electric car is cranking out 1,020 hp from the factory and manages a quarter mile in under 10 seconds. This thing even went out and set a record for itself, becoming the fastest production car to ever make its way down at the quarter mile.

In this video, we check in as the Plaid love is shared. While a portion of this video does have to be watched with subtitles on, the reactions to the car certainly need no subtitles at all. I think that we all can recognize the reaction to a little bit of horsepower and this Tesla certainly delivers it on a high level.

After checking in with a video like this from such a prominent figure in the world of drag racing, we got a feeling that just a couple of people might change their feelings on electric vehicles. If the Model S Plaid has anything to say about it, we would forecast that the future of EVs could end up being pretty exciting.

« China Plans $200 Billion Underwater Train to the US