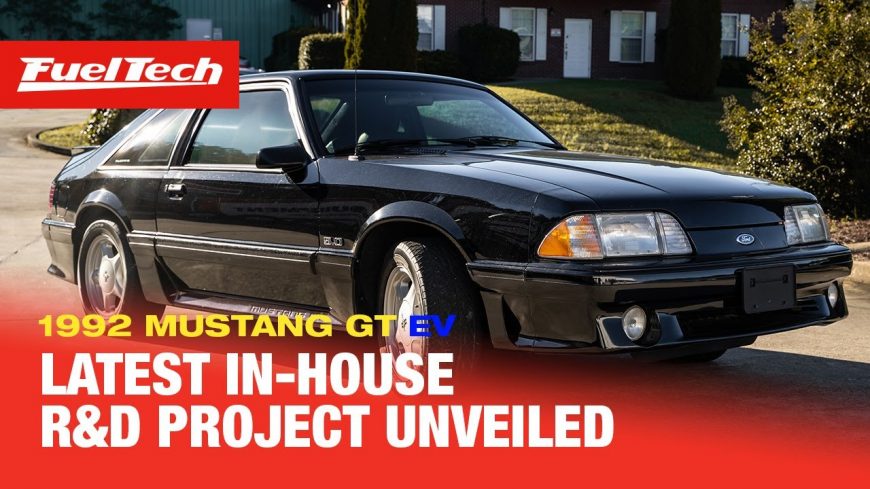 If we’re talking about the automotive platforms that have seen just about every engine swap imaginable, look no further than the Ford Mustang Fox Body.

As such, the flat platform that has now become financially affordable has also seen its fair share of engine swaps. Whether it’s modern Ford power, Chevrolet power, or even rotary power, just about anything that could be done has been done to a Fox Body at this point in the timeline… Or so we thought.

One of the emerging trends in the world of automotive performance is actually something that we would’ve never expected just a couple of years back. In recent years, though, the thought of swapping electric components into typically combustion-powered vehicles has become something that’s really gaining momentum.

This time, even the engine management specialists at FuelTech are getting on board with the trend. In order to showcase exactly what they can do with electric vehicle components, the electronic producer has picked up a 1992 Mustang in really good shape. Instead of doing be expected, though, FuelTech is coming out of the left-field with something a little bit crazy.

In their most recent project, the company plans on taking a pair of electric motors, Performance Eluminator crate motors to be more exact, and giving this Fox new life. It won’t just be an electric-powered Mustang but instead will also offer an all-wheel-drive combo which we think is pretty slick

Down in the video below, we got to catch up with the Mustang and see exactly what the plans are as this project is just getting started. When all is said and done, we think that this might just open the door for lots of others to try out electric conversions like this.

If you want to learn even more, stopover at FuelTech’s blog post that spells out all of the details!