How Did the Farmtruck and AZN Duo Come to Be? PRI Interview Tells All 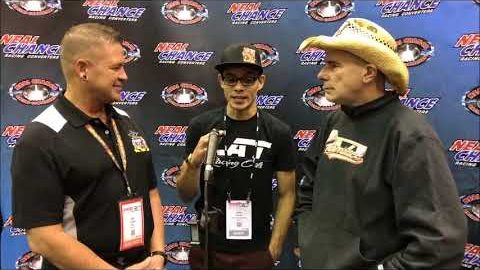 When it comes to the guys that you find on television with Street Outlaws, it didn’t begin when the cameras started rolling as there is a big backstory behind all of these racers that shows where they all came from and how hard they hustled to get rolling right into the reality television business. Many of these guys have an interesting story to talk about and this time, we’re driving into Farmtruck and AZN’s background that has helped them rise up in the world of grudge racing to really cement their legacy as some of the most recognizable people in the racing community.

This time, we head out to the 2017 rendition of PRI and listen in to a conversation with the dynamic duo as they discuss their relationship with Neil Chance and how the Chance family has helped them out, even in the street racing scene where a lot of companies don’t like to dabble. We also get a little bit of backstory on how exactly the unlikely duo of Farmtruck and AZN originally came together. It’s definitely a story for the ages as all of the chips have fallen in the right place so far as to give these guys a boost into the limelight as they’ve become quite the beloved one-two punch.

Click the image above to visit the official 405 site!

Follow along below in the video that catches up with all this and more, diving into this dynamic duo and uncovering even more that fans love to hear about. We even get a little bit of insight as to how Farmtruck and AZN go about building their machines without spending much time or money on the appearance and how that trend has spread to car shows and racing communities around the country. They might not have meant to do it but I think that these two are really reviving quite the trend.

Check out the complete inteview from ORPtv Media below!