Funny Or Rude? Rider On His Dirtbike Stops For An Interview… Sprays Reporter With Mud As He Leaves!

Funny Or Rude? Rider On His Dirtbike Stops For An Interview… Sprays Reporter With Mud As He Leaves!

I’m going to be honest with you guys, the first time I saw this video, I thought this ...

I’m going to be honest with you guys, the first time I saw this video, I thought this was fake. I truly believed it was staged to get a bunch of views, but that everybody involved was in on the whole thing. However, the first time I watched it, there was no slow-motion replay at the end, especially not replayed repeatedly with some weird wailing flute music laid over top of it. I’m not sure whose decision that was, but you can leave the sound down if you want because it’s painful at best.

After seeing the whole incident in slow motion, I’ve flipped my stance and believe the video is authentic, at least in that the lovely young lady with the mic had no idea what was about to happen. It’s very likely everybody ELSE was in on the gag, but I’m fairly confident that she didn’t. Allow me to explain why.

Look at her mouth. You’re going to have a hard time convincing me that there is anybody out there this side of the idiots from Jackass who would stand in place knowing they’re about to get blasted with a face full of mud and leave their mouth open. It’s not really all that noticeable at full speed, but you can see when the footage is slowed down that her mouth is, in fact, open.

So we know, or at least I’m fairly certain, that the footage in real. The next question to answer is, was this guy just being funny, or is he a jerk? As with most any prank, there’s a fine line between humor and rudeness. Sure, it’s just mud. It will wash off and the restorer’s tiny tank top likely only cost a few dollars to replace, if necessary. So on the surface of it, it seems harmless enough.

However, if you look into the “what if’s” – I know, Kane Brown, you can’t live for the what if’s – things get a little more… muddy (unavoidable pun). Let’s just say, however, that there was a small rock in the mud that was flung toward her face and that said rock knocked out a tooth or hit her in the eye. Then the prank certainly takes a turn from funny to total jerk move.

So we want you guys to decide and let us know in the comments what you think: Was this mud slinging prank just good clean fun, or did the rider cross the line?

These Girls and Bikes Don't Seem to Get Along - Fail Compilation 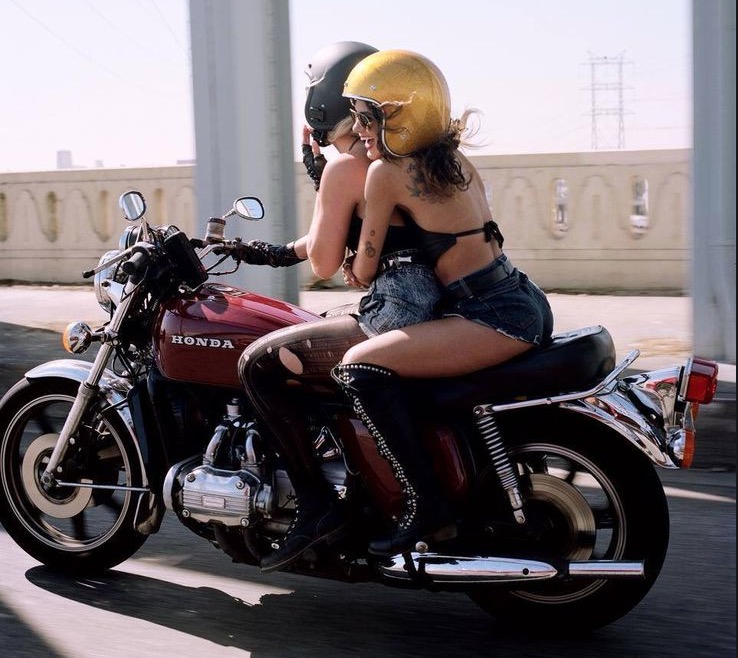