Sometimes, the passion for being involved in the car community isn’t exactly ...

Sometimes, the passion for being involved in the car community isn’t exactly all about building the best car. Sometimes, it’s about the times spent with friends and family in the garage. These are the times that we can look back on and appreciate just how good we’ve got it. There’s nothing better than a few good friends with some cold drinks turning a couple of wrenches. One never knows the conversations that will be had between the garage walls and what might be learned.

This time, with the power of YouTube, we get to join in with one of those fun times had in the garage.

What some might forget about a racing machine is that the idea is to make it as light as humanly possible. This happens in all sorts of obvious areas like the body but also considers just about every single component in between the nose and tail. In an effective racing machine, no stone is left unturned in the pursuit of making the machine as light as possible. In fact, there is some serious money that can be spent on making sure that a machine is the least bloated that it can possibly be.

One component that Kamikaze Chris had invested in the Elco was a heck of a rear-end. The component is designed to not only be able to take a beating but also to be a little bit lighter than one would expect. Some of these components can get rather expensive as they attempt to take on two seemingly opposing attributes. Naturally, many of the stronger components can tend to be a little bit heavier, unless you’re willing to spend, that is.

Just how heavy is the unit, though? A little competition was formed between everyone in Kamikaze’s garage one night to find out just that. After testing out the weight, this competition would have the loser with the worst guess buying dinner. Don’t guess wrong or you’re going to be out a pretty penny! 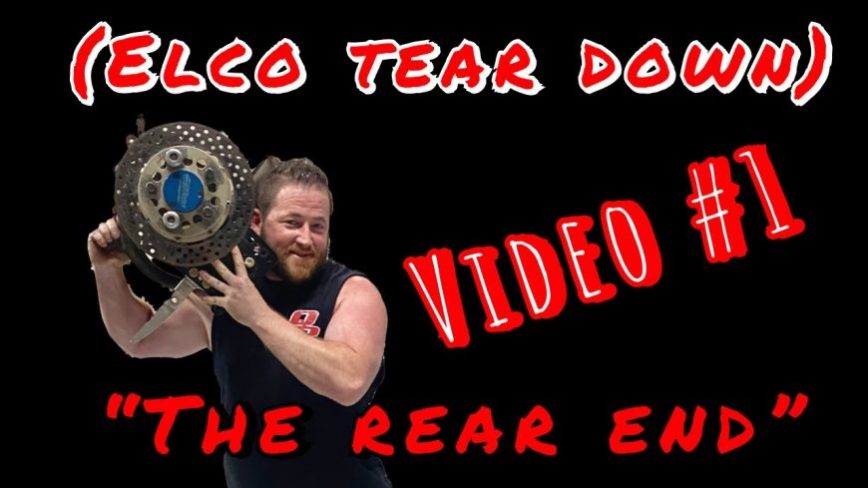