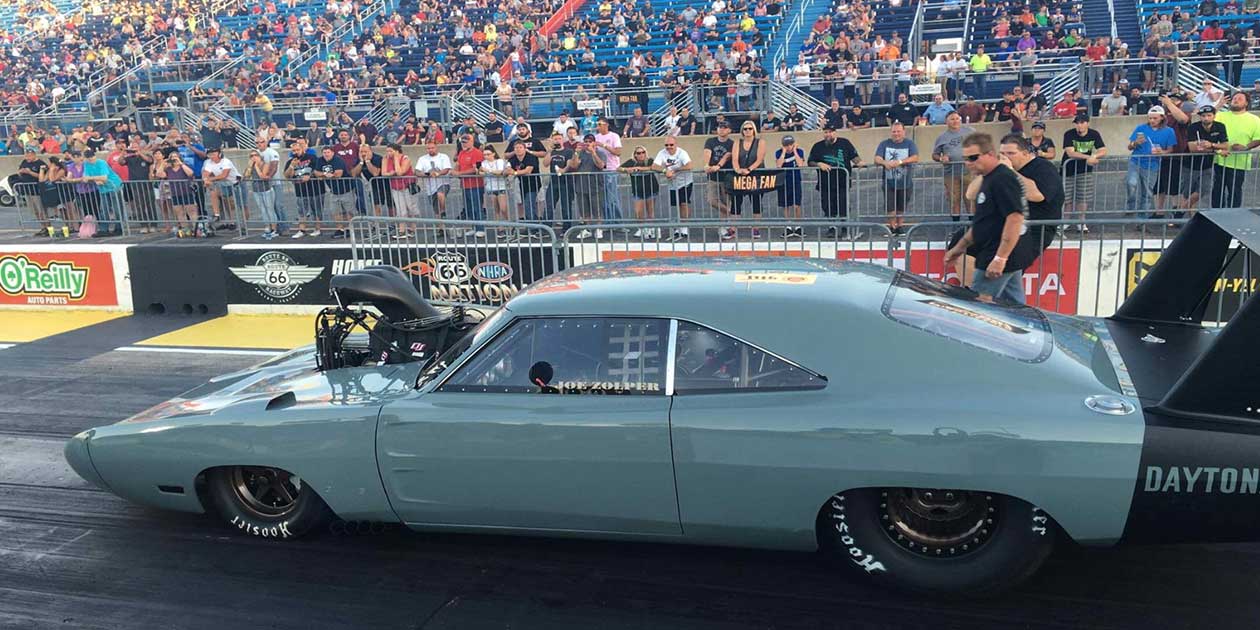 Every once in a while, when we head to the drag strip, we’ll find something that truly makes us stop in our tracks. Some cars just have a way of turning heads unlike any other.

Joe Zolper’s Hemi-powered Daytona Pro Mod might have taken almost a decade to come together. However, this thing is guaranteed to send a chill down the spine. Any Mopar lover or muscle lover is going to absolutely fall head over heels for this wicked ride.

We have to take a couple of moments just to take in the appearance. Before we even get to the insane performance powering the car, the looks alone leave us absolutely floored. There’s something about the aggressive Daytona styling that makes muscle car fans lose their minds.

Some might know Joe from the Garage Squad television show. This time, he’s not saving other peoples’ cars. Instead, we find him behind the wheel of his own and the machine absolutely screams. Even though this is just a shakedown pass, it’s hard to not be impressed here. One of the fun parts about this machine is that Joe has built the entire thing from scratch! When we look at this thing, it’s quite apparent that some serious elbow grease has been invested in bringing it up to speed.

By following along with the video below, we get a chance to catch up with the “Dauntless Daytona” Pro Mod. The shakedown passes were captured by victoryredcolorado as the car made its way down lanes at Route 66 Raceway. It was certainly a very special appearance at No Prep Kings!

What a awesome night!! I had a blast at #NPK

The machine certainly is a looker and with a little bit of patience, it appears as if Joe has turned it into a performer as well. It’s not too often that we truly see the complete package like this. It’s as if a showpiece met a racing monster and Dauntless was born!

« Which Cars Have Apple Carplay And Android Auto