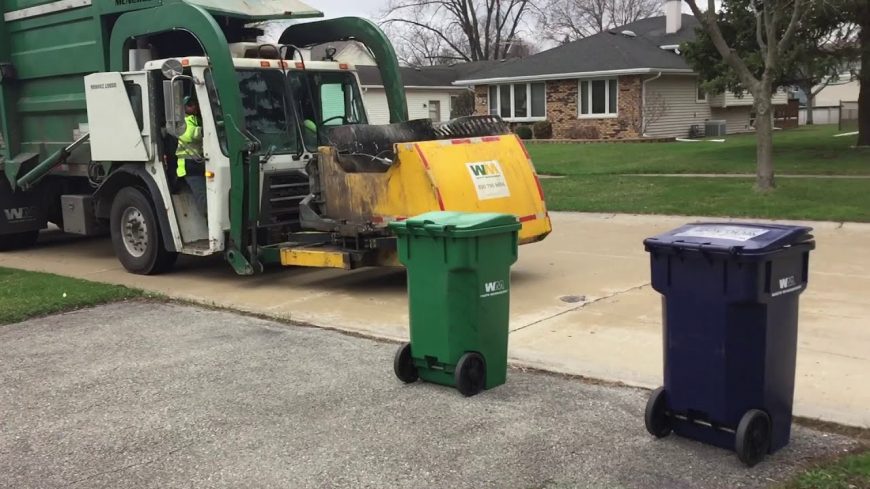 As we roll along with our daily lives, there are definitely some things that we can take for granted. When the most basic of necessities are covered, we don’t realize just how good we’ve got it sometimes. One example of this is trash removal services.

Naturally, we don’t frequently think about just how convenient and effective this is. Furthermore, we don’t think about how these trucks have been designed to be as efficient as possible. Seriously. Have you seen one of these trucks lately? They’re decked out with all sorts of hydraulics and gears to help with even the heaviest jobs and reduces the waste to a much more manageable pile.

This time, though, we get a close-up look at what happens when some of those convenient features aboard a garbage truck go awry.

You see, when a garbage truck pulls up to a container on the curb, a variety of different processes begin to unfold so that a mechanical arm can lift the container into the back of the truck. Among them, we find hydraulics that is helping to grip and lift the cans.

However, on this particular outing, we watch as these hydraulics attempt to lift the front bin of one particular garbage truck and everything goes wrong. One moment, everything is going as according to plan, and the next, the hydraulics spring a leak, spewing hot hydraulic fluid everywhere and causing a sizable fire.

While the fire did explode quite quickly, the person behind the video says that it went away almost as quickly as it came. The uploader, Curotto Can Man, also tells us that nobody was seriously injured in the process.

Another thing that crossed our minds was just how convenient was it somebody was recording a garbage truck while something like this happened. From what we understand, though, there are actually a variety of people on YouTube who have channels solely based on recording garbage trucks in action! This particular garbage truck cameraman just so happened to be in the right place at the right time to capture such a crazy event.

« YouTuber, WhistlinDiesel, Survives Accidentally Shooting Himself in the Head With Stray .50 Cal Bullet.