Gas VS Electric Which Cobra Jet Is Faster? 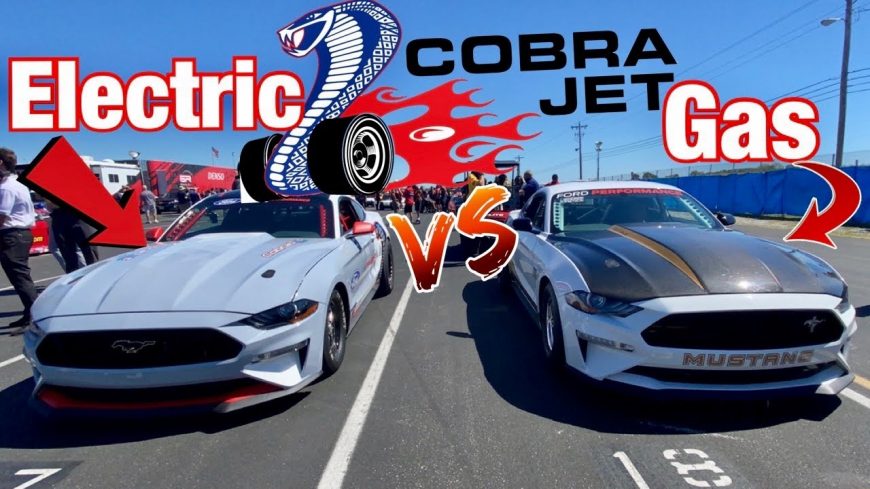 There have been some newsworthy things happening over in the Ford camp recently. For one, as the entire world shifts to electric vehicle power, it seems as if the automaker has tried to get out ahead of things and bring their very own electric offering to the performance world. They did this in a big way by taking the Cobra Jet Mustang, a specialty built and dedicated drag racing machine, and building an electric version.

On paper, this thing is absolutely amazing. It’s able to clock in with single-digit passes that have been seen in the eight-second range without a single drop of gas. However, the opposition will argue that it’s just not as good because it doesn’t make noise. While we could see the argument, it’s hard to deny that it’s cool to see electric technology breaking into the scene and giving us all an extra option even if it doesn’t replace combustion entirely.

Now, everybody is excited about the future and what electric technology has to offer. However, we can’t help but wonder how it could compare to the gasoline-powered counterpart. At the end of the day, will two nearly identical cars, with the sole difference being powertrain, make nearly identical passes?

No matter which way this thing goes, we can bet that it’s going to get the conversation started. By following along with the video below from StangMode, we get the inside scoop on how exactly these cars are different from one another and how a race between them goes down.

At the end of the day, there are definitely a lot of factors to consider here. One that we think is kind of being overlooked, though, is that while the electric machine is right on par with the gasoline-powered car, it’s still pretty much in its infancy. Just imagine how things are going to look after electric technology gets a couple of years under its belt.

« Blast From The Past With This 70’s Cadillac Motorhome