I’m not really sure why but in the past couple of years, this seems to have become a pretty common trend. Most of us have become familiar with the concept that uses some extravagant process to reveal either pink or blue coloring. Many times, an expecting couple will use this as a way to let their family in on the secret with a nice little get together.

Other times, the couple in question doesn’t know the gender of the baby and will have friends set it up to surprise them. In either situation, we have seen some pretty incredible gender reveals. This time, we find one that might’ve just topped them all. This driver is going to some pretty crazy lengths to announce their coming baby’s gender.

In this demonstration, we find yet another burnout gender reveal. However, this one isn’t exactly like all the others that we’ve seen. Naturally, in these displays, the tires begin to spin and the smoke will spit out as either pink or blue. That’s not where the party stops, though, with this gender reveal.

Apparently, this Australian motorhead decided to take it to a back road and really light up those tires. It seems like this is as good of an excuse as any for a little bit of rubber shredding.

In fact, he heated them up so long and so intensely that they managed to go up in flames. Luckily, it doesn’t look like anybody got hurt by the incident. However, it did end up creating quite the unexpected sideshow.

By following along with the video below, we get to spectate what might just be the most Australian gender reveal ever. Honestly, we’re not sure how this one can quite be topped!

We wouldn’t recommend trying this one at home! 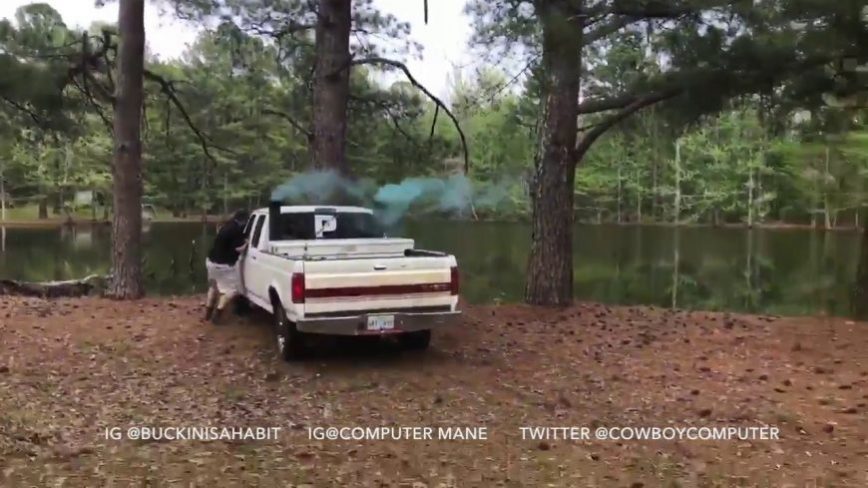