Posted by: Jeremy Patterson on February 8, 2018 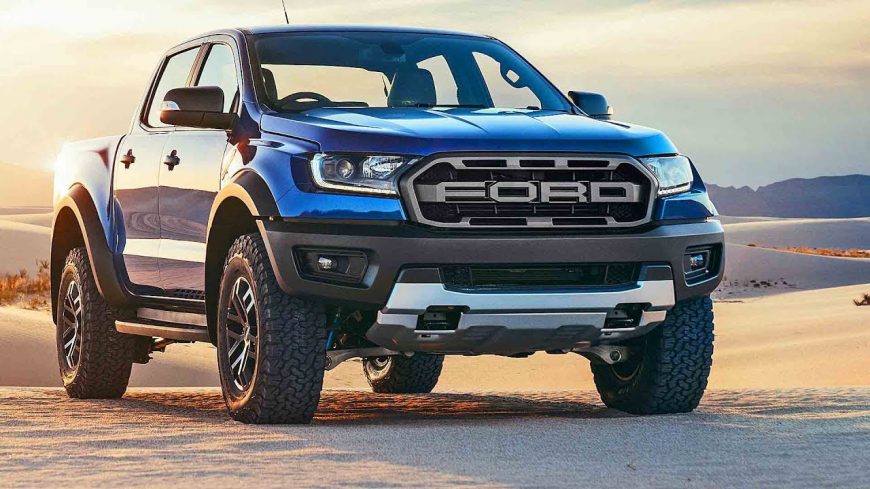 Ford broke a lot of hearts when it dropped the Ranger from it’s lineup. The brand’s small pickup had been a staple for the blue oval faithful for generations, leaving many without a truck that fit their needs. The light duty pickup was very capable and reliable while also being fun and affordable, a mix of attributes not often found in a singular vehicle.

Buzz would build and dissipate about the Ranger coming back every couple of years, but there has been some real solid rumors recently, finally proven true when Ford confirmed that it is in fact bringing it back for the 2019 model year. The truck will be larger that the previous Ranger, but still considerably smaller than it’s big brother, the F150. To really kick the buzz machine into high gear, this video was dropped showing the Ranger in a very familiar – and insanely popular – trim: The Raptor.

That’s right, boys and girls. Not only is the Ranger itself coming back, but there will be a Raptor version that looks very much like a chip off the F150 Raptor block. Riding high above a long-travel suspension and gnarly offroad tires, the Raptor Ranger looks very much like it’s big brother, and I have no doubt will be every bit as popular with buyers too.

The only issue with this particular version, in my opinion, is the 2.0 liter engine. Yes, it’s a diesel and yes it features a bu-turbo setup that still makes a respectable 213 horsepower, but I just can’t see that being enough grunt for the American market. Luckily, this is an Asian-market model, revealed in Thailand.

I suspect there will be a slightly smaller version of the EcoBoost V6 that was in the F150 Raptor, or maybe a small diesel (but larger than a 2.0 liter) when the Ranger Raptor hits American shores.

« Things You Shouldn’t Do With A New Differential