Cocky Kid In Cummins Get’s EMBARRASSED By A Duramax!

Cocky Kid In Cummins Get’s EMBARRASSED By A Duramax!

In today’s lesson, we get a quick look at why it may be a good idea to be a gracious winner instead of being cocky about your latest victory… or at least what you thought was a victory.

In this one, we witness a Chevrolet Silverado powered by a Lb7 Duramax diesel face off with a Dodge Ram powered by a 12v Cummins diesel square off.

Initially, it looks like the Ram’s driver is going to grab the victory as he shoots his opponent a cocky wave. That wave loses some of its luster, though, when the Chevy comes blazing around the Dodge on the top end.

The look on the 12v owner’s face at the end is priceless! Check out the video below to see for yourself. Maybe next time, he will wait until the victory is in the bag before he goes showing off!

Cocky Harley owner shows off and it goes horribly wrong 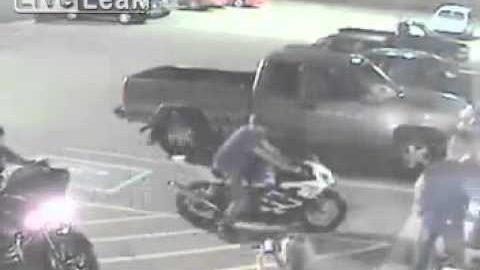